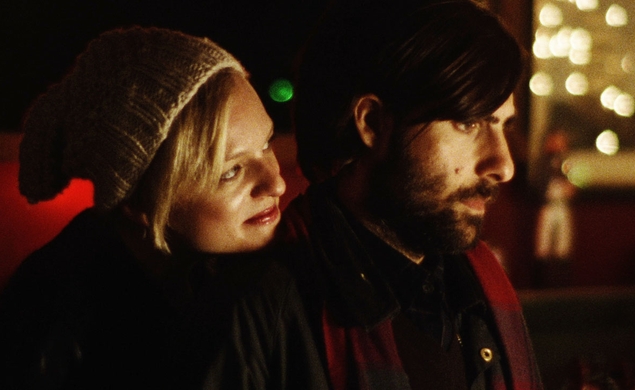 Today’s a good day for those who read reports from festivals and wonder, “When will I get to see these amazing-sounding movies?” Earlier, we noted that Nuri Bilge Ceylan’s Palme d’Or-winning Winter Sleep had been picked up by Adopt Films for U.S. distribution; also today, Tribeca Film announced that it will handle the well-received Sundance selection Listen Up Philip. The film, which was written and directed by Alex Ross Perry, stars Jason Schwartzman as an acerbic New York author who alienates his girlfriend (played by Elisabeth Moss) when he falls under the influence of an equally jerky mentor (Jonathan Pryce). Corrosively funny, with a striking retro-1960s look, Listen Up Philip is more experimental and hard-edged than the typical indie drama, and should be in good hands with Tribeca, a company gets its films out fairly widely, supported by VOD and DVD.

Listen Up Philip was one of my Top 5 movies at Sundance (and the only one that didn’t begin with a letter “B,” unlike Boyhood, The Better Angels, The Babadook, and Blind). In my festival coverage, I called it, “a somewhat one-note yet consistently amusing salute to/pillorying of the literary assholes of yore,” and added, “Writer-director Alex Ross Perry overcomes the misanthropic monotony of his premise by shooting on Super 16mm film (which adds striking visual texture), by jumping from character to character and ignoring linearity (which makes the movie feel more like a novel), and by adding an omnipotent, articulate narrator (whose observations add a perspective the characters lack).” That’s my short take, but there’s a lot to dig into with Listen Up Philip, and now that it has a distributor—and a release date of October 17th for theatrical and the 21st for VOD—I’ll look forward to writing about it more later this year, and putting Schwartzman, Moss, and Pryce on my year-end “best performances” lists.

In the meantime, here’s a teaser trailer that gets across some of the premise of the movie, if not so much the look or humor.