Competing Bowe Bergdahl films are in the works 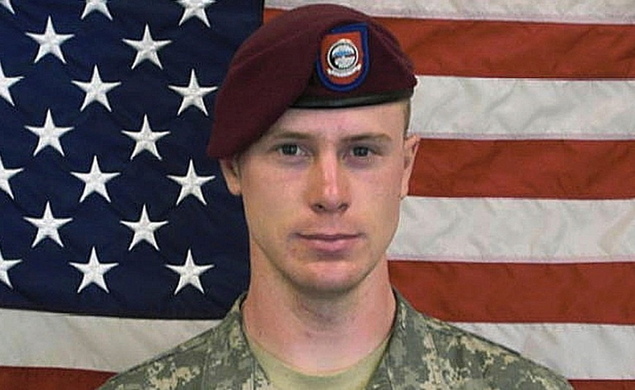 Over the past several weeks, we’ve been tracking the progress of two competing, reportedly in-development projects about NSA whistleblower Edward Snowden: one of which would see the producers of the James Bond films adapt Glenn Greenwald’s book No Place To Hide, and one of which would have Oliver Stone adapting both Luke Harding’s The Snowden Files and Anatoly Kucherena’s Time Of The Octopus. Well, according to Deadline, Snowden may not be the only divisive political figure about to get two movies made about him. The story of Bowe Bergdahl, the U.S. soldier recently freed from a Taliban prison in a controversial prisoner-swap, appears to be on-track to hit the big screen more than once.

The more immediately promising of the two Bergdahl projects is being worked on by the Hurt Locker/Zero Dark Thirty writer-producer-director team of Mark Boal and Kathryn Bigelow, who reportedly have been researching this story for years, long before the recent developments. But the other project is interesting too: An adaptation of Michael Hastings’ 2012 Rolling Stone article about Bergdahl, “America’s Last Prisoner Of War,” to be written and possibly directed by In The Bedroom’s Todd Field. The Field film would be the second film currently in development that’s derived from a Rolling Stone article by the late Hastings, along with the David Michod/Brad Pitt Stanley McChrystal movie The Operators.

That’s a flurry of cinematic activity involving the U.S. involvement in Afghanistan, in Iraq, and in global snooping. Chances are that one of more of these films will fall by the wayside over the next year or so, or will change form. If I were a betting man, I’d lay odds that Stone’s Snowden film will get made first, followed closely by the Boal/Bigelow Bergdahl picture. (Or maybe that’s just wishful thinking on my part.)