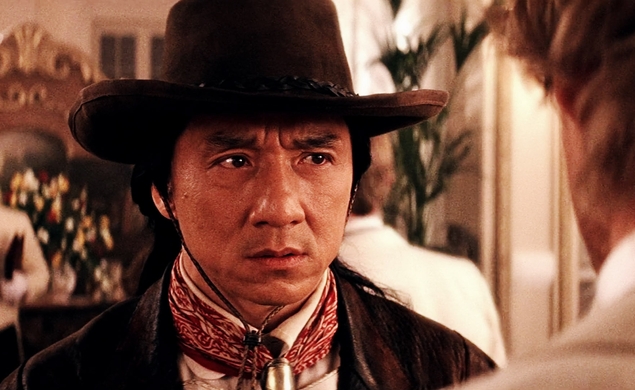 Because of the way that The Expendables 3 trailer lists its stars by last name only—even “Banderas” and “Grammer”—I’ve taken to doing the same when I talk about every upcoming action picture. So here’s the top-line cast-list for writer-director Daniel Lee’s 3-D IMAX historical epic Dragon Blade, due out next year: Chan! Cusack! Brody!

The Hollywood Reporter reports that John Cusack and Adrien Brody have signed on to the Jackie Chan vehicle, which has already begun shooting in China, and which at a reported budget of $65 million will be one of the most expensive Chinese-language films ever made. Cusack will play Roman general Lucius, who leads a small army into China while being pursued by a rival (played by Brody) and a much larger army. Chan plays a Chinese military commander who joins forces with Lucius to repel the other Roman invaders.

Dragon Blade doesn’t have distribution in the U.S. yet, though it’s been sold throughout the major Asian territories, and already has a scheduled release date in China of February 19th, 2015—New Year’s Day in the Chinese Lunar calendar. Chan’s not as big of a draw in the States as he once was, and Cusack and Brody are hardly A-listers, but if Dragon Blade is any good, there’s a chance it could make its way over here next year. At the least, it’ll likely land with one of the more Asian cinema-friendly DVD/Blu-ray distributors, like Well Go USA. Since I’m curious to see if a Cusack/Chan team-up is as entertaining as the Owen Wilson/Chan pairing once was, I’m hoping it gets picked up.