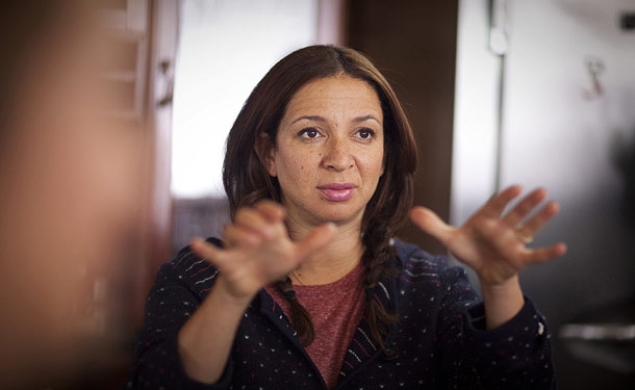 In addition to Maya Rudolph’s everyday existence as one of the most interesting people on the planet (daughter of Minnie Riperton, high school pal of Gwyneth Paltrow, wife of Paul Thomas Anderson), Rudolph can always boast that she was part of one of the most groundbreaking stretches in Saturday Night Live history. Alongside head writer Tina Fey, and fellow cast-members Amy Poehler, Ana Gasteyer, Rachel Dratch, and Kristen Wiig, Rudolph helped change the guy-dominated gender-dynamic of late-night sketch comedy. And all of these women have continued to work together off-and-on, and support each other as they’ve moved on to sitcoms and movies—which has been a treat for fans of that SNL era, who enjoy seeing Rudolph, Fey, Poehler and the rest play off each other.

Now, according to The Hollywood Reporter, Rudolph, Fey, and Poehler are about to be reunited on the big screen. Back in April, we wrote about The Nest, the comedy written by longtime SNL scribe Paula Pell, set to star Fey and Poehler as sisters who throw one last big party in their childhood home before putting it up for sale. Rudolph has joined the cast as well, playing an old friend. (Ike Barinholtz of The Mindy Project is also onboard, playing a neighbor attracted to Poehler’s character.) Fey and Poehler are producers on the project, which is being directed by Pitch Perfect’s Jason Moore for Universal; it’s currently scheduled for a December 2015 release date. That’s plenty of time for Fey and Poehler to keep calling on their old friends from SNL. (Jimmy Fallon and Seth Meyers can’t too busy, can they?)