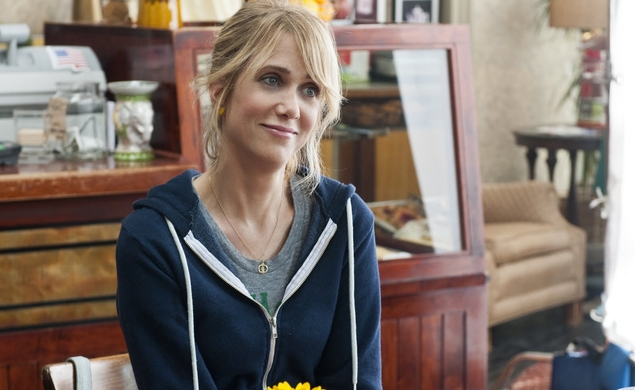 It’s been a quiet couple of years for Kristen Wiig since her film Bridesmaids, which she starred in and co-wrote with Annie Mumolo, became a surprise blockbuster in the summer of 2011 and helped launch the current boom in R-rated comedies. Wiig had key supporting roles in Anchorman 2 and The Secret Life Of Walter Mitty, and she’s done some TV work (Arrested Development, The Spoils Of Babylon) and a bunch of little-seen independents (Hateship Loveship, Girl Most Likely). But Wiig fans are still waiting for a real follow-up to Bridesmaids, something where she’s front-and-center both on and off-screen, pulling double-duty as both star and writer. It looks like that film is finally coming together, and Wiig will actually pull triple-duty on it; The New York Times reports that Wiig and Mumolo are finally collaborating on a new project for TriStar Pictures; Wiig will star and co-write the film, and she’ll also make her feature directorial debut.

The Times’ description of the movie:

“Ms. Wiig and Ms. Mumolo will write, produce and star in a wide-release comedy for TriStar Productions, which described the film as the story of ‘best friends who find themselves in over their heads and out of their depths, which were, perhaps, not too deep to begin with.’ The plot involves a town called Vista Del Mar.”

Wiig told the Times that she’s “been wanting to direct for some time now. This seems like the perfect first project.” She and Mumolo will now go “into a cave” (“An actual cave. We found one that’s nice and big,”) to finish the script before ramping up production. Wiig has already worked with some very talented comedy filmmakers in her career, including Paul Feig, Greg Mottola, and Judd Apatow, who’s helped nurture the artistic aspirations of many young actors. Given her previous successes, and her enormous talents as both a performer and writer, it seems very likely that Wiig will be the next Apatow acolyte to break out as a director in a major way.