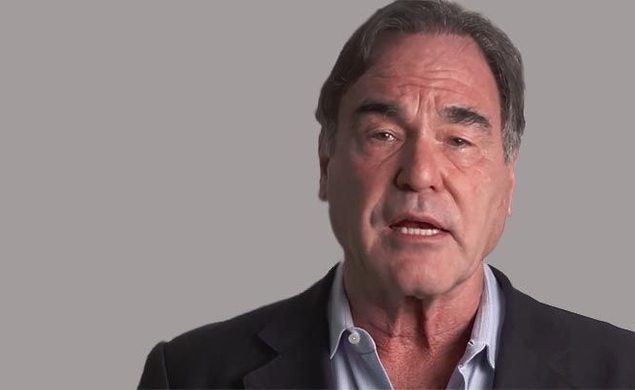 Recently, we posted an item about Oliver Stone’s plans to direct a film about whistleblower Edward Snowden, to be released prior to a similar project in the works from Sony Pictures. Time must really be of the essence, because Stone is making more moves to get his production up and running. The Hollywood Reporter notes that Stone has snatched up the movie rights to a suspiciously familiar novel called Time Of The Octopus, penned by Snowden’s lawyer Anatoly Kucherena. The novel unfolds over three weeks, following an American counterintelligence official who’s awaiting asylum in Moscow, fleeing a threat from his own government.

Stone has always thrived on hot-button controversy, and an official statement from Stone suggests that Snowden’s stranger-than-fiction story has lit quite a fire under him. “Anatoly has written a ‘grand inquisitor’-style Russian novel weighing the soul of his fictional whistle-blower against the gravity of a 1984 tyranny that has achieved global proportions,” Stone said. “His meditations on the meaning of totalitarian power in the 21st century make for a chilling, prescient horror story.”

Based on an official quote, Kucherena evidently feels a similar duty to give Snowden a voice in the public sphere. “The more I engaged in the Edward Snowden case, the more I was impressed by his story,” Kucherena said. “To understand Edward and his actions, I had to ‘tune to his wavelength’ and try to balance between the rational and intuitive perception of his world. Having experienced these incredible sensations, I realized that I had to write about them, but only in the form of a novel that would not claim any sophisticated philosophical conclusions.” This bodes well for Stone, since anyone who’s seen Natural Born Killers knows that sophisticated philosophical conclusions aren’t exactly his strength.