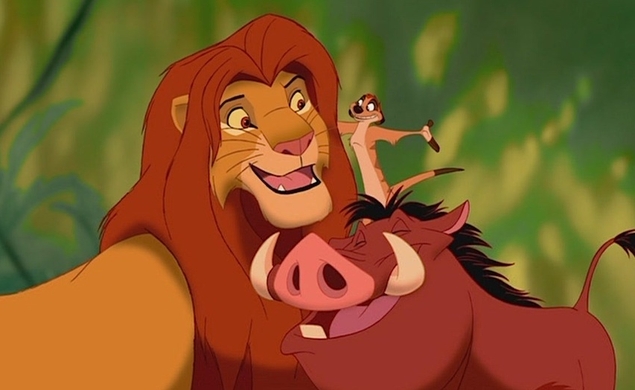 Disney has traditionally been very selective about theatrical sequels to its so-called “Animated Classics;” a Rescuers Down Under here, a Fantasia 2000 there, but not much else. On home video, though, anything goes, and very often does, at least since the floodgates first opened after 1994’s The Return Of Jafar (a direct-to-video sequel to Aladdin) became a massive hit. There are two DTV Cinderellas, two Little Mermaids, a Bambi, a Pocahontas, another Lady And The Tramp, and many more. There are even DTV sequels to flops like Atlantis: The Lost Empire. Something tells me that one won’t be a Movie Of The Week here at The Dissolve any time soon.

The Lion King previously received a sequel (1998’s Simba’s Pride), a sidequel (2004’s The Lion King 1 1/2), and a spinoff television series (Timon & Pumbaa, which ran for 85 episodes in the late ’90s). Today The Hollywood Reporter reports that the franchise is getting another extension, one that will bypass home video entirely and begin on television. The Lion Guard will première as a TV movie on Disney Junior, and then continue as a television series, starting in the fall of 2015. The telefilm and show will follow:

“Kion, the second-born cub of Simba and Nala, [as he] assumes the role of leader of the Lion Guard, a group of the bravest and brightest tasked with preserving the Pride Lands. Instead of assembling a team of young lions to serve with him, Kion challenges tradition by calling upon friends he believes are the best choices --Bunga, a fearless honey badger; Fuli, a confident cheetah; Beshte, a happy-go-lucky hippo; and Ono, an intellectual egret. Stories will include special appearances by Mufasa, Timon, Pumbaa, Rafiki, Zazu and Kion's older sister, Kiara, the future Queen of the Pride Lands.”

So basically he forms the Jungle Avengers. SPOILER ALERT: Stick around through the closing credits of The Lion Guard and you’ll see a cameo from Scar, who somehow survived the events of the original Lion King, and now sits plotting his revenge while slowly stroking the Infurnity Grrrrrrauntlet.

What? No good? Would you have preferred a “Nick Furry” joke instead?