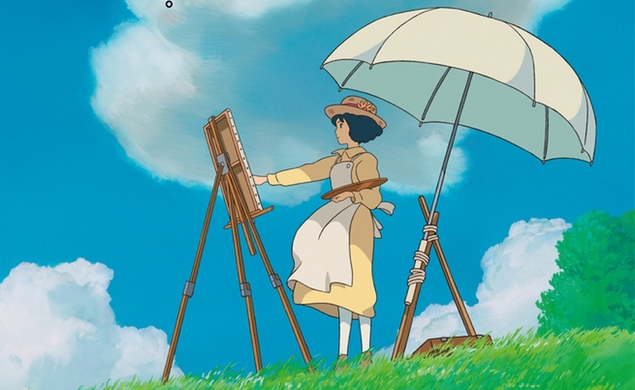 Four weeks into its Japanese release, Hayao Miyazaki’s latest film, The Wind Rises, refuses to loosen its grip on the No. 1 slot at the national box office. The unusual topic is a loose, fictionalized biography of Jiro Horikoshi, designer of World War II combat plane the Mitsubishi A6M Zero. Long before its July 20 release, Miyazaki was aware of the controversy he might be plunging himself into, but had his reasons, explaining in 2011 “One day, I heard that Horikoshi had once murmured, ‘All I wanted to do was to make something beautiful.’ And then I knew I’d found my subject.”

In an essay written in Neppu (a monthly periodical issued by Miyazaki’s Studio Ghibli), Miyazaki wrote, “If I had been born a bit earlier, I would have been a gunkoku shonen [militarist youth],” but as someone born in 1941 whose father ran a post-war club serving occupying American soldiers, he “had a strong feeling in my childhood that we had ‘fought a truly stupid war.’”

Beyond a generic anti-war statement, Miyazaki's film may contain cautionary parallels about Japan’s present. Reuters quoted anime critic Ryusuke Hikawa, who noted that the film’s inclusion of a 1923 earthquake decimating Tokyo and the Great Depression make for pointed parallels with 2011’s earthquake and tsunami, as well as the country’s lingering economic stagnation. “After the quake there was turmoil and Japan began heading towards war,” Hikawa said. “The economy was bad and psychologically it was a situation of having to do something big, and that’s how things got nationalistic.”

Miyazki’s essay is unambiguously clear on his disapproval of Japanese Prime Minister Shinzo Abe’s plan to amend Japan’s Constitution, with an emphasis on amending Article 9, which states that the country shall never maintain military forces. The goal is to transform Japan’s Self-Defense Forces into an active military, a move Miyazaki denounced in his essay. “I am taken aback by the lack of knowledge among government and political party leaders on historical facts,” he wrote. As paraphrased by Matthew Penney, Miyazaki’s ideal vision for Japan, expressed in the essay, is a country “with a population of around thirty million, with an economy that has been de-nuclearized and promotes shared prosperity, grounded understanding of how goods make it from farm, field, or factory to a consumer’s hands, and environmental sustainability. If a mass market for animation no longer exists in such a country, Miyazaki adds, so be it.”

Kotaku’s Brian Ashcraft aggregated some Japanese nationalist viewers’ negative responses to the movie (“anti-Japanese,” the work of a “traitor”). In South Korea, though, online commentators who hadn’t seen the film condemned it as right-wing. “Depicting oneself as the victim and portraying the calamity of war, but failing to point to the cause: Japan’s typical masturbatory cinema,” wrote one user. To avoid these kinds of misinterpretations, Japanese critic Yuichi Maeda’s suggested that the movie and essay “need to be seen as a set,” since Miyazaki “didn’t want people to mistake what he wanted to say,” a potential ambiguity certainly dispelled by his piece.