IMAX news: A Forrest Gump re-release, shifting aspect ratios for Guardians Of The Galaxy, and more 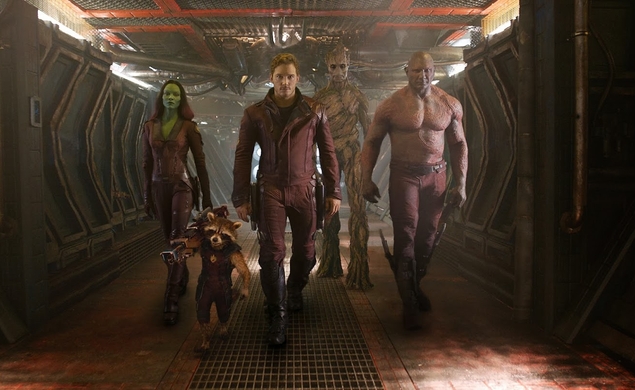 One of the most intriguing but least covered stories in the movie business these days is how studio executives and theater owners have been willing to try anything—from “second screens” to wraparound screens—to make the theatrical experience less replicable by television and computers, and thus more desirable to consumers. Some of these potential new trends in moviegoing have been horrifying to old-timers like myself; but one idea I can get behind is the studios’ and filmmakers’ embrace of IMAX. A few smart producers and directors alike have been playing to the generation that grew up with IMAX as a special kind of movie experience—familiar from field trips and family vacations—and have been using the bigger-than-big screen not just as another surface to project movies on, but as a way to play with the presentation itself.

IMAX has been in the news a lot over the past couple of days, with a few items popping up that speak to how IMAX has been figuring more and more into the studios’ plans. The most immediately relevant item was picked up by /Film, which took note of a post on James Gunn’s Facebook page in which the Guardians Of The Galaxy writer-director says that the IMAX 3-D version of the film will sport shifting aspect ratios, similar to what Christopher Nolan did with The Dark Knight and Brad Bird with Mission: Impossible—Ghost Protocol. Gunn writes, “We will be changing aspect ratios throughout the film in a way that makes the experience even fuller and more encompassing. I’ve personally chosen all the places where the changes occur and, again, I love how it’s coming along. The changing aspect ratios in this case are actually a part of the storytelling.”

On the more long-range side, The Hollywood Reporter reported yesterday that Legendary Entertainment and Universal Pictures have signed a deal with IMAX to release 15 films in the format between now and 2017, including such much-anticipated movies as Fast & Furious 7, Jurassic World, and Crimson Peak. And on the more old-fashioned side, /Film also pointed to a tweet from Exhibitor Relations that reported Paramount’s plans to re-release Best Picture winner Forrest Gump in IMAX this September.

I’m a Forrest Gump apologist (which is a subject for another time), but I can’t say I’m that excited to see it bigger. Still, better an IMAX re-release than another appalling-looking post-converted 3-D job. As for the rest of the IMAX news, so long as filmmakers like Gunn are thinking about how best to use the extra space of an IMAX screen, I’d say this is an encouraging trend. I know IMAX has its problems too—including the expense—but if people in the movie business want to make the theatrical experience more special, I like that they’re going bigger, and not just more gimmicky.