Will Ferrell and Mark Wahlberg may reteam for Daddy’s Home 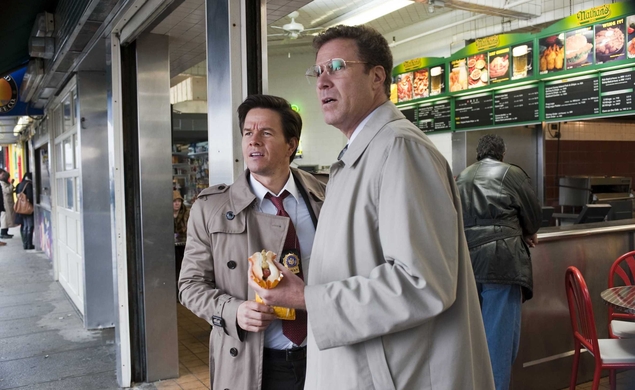 Deadline reports that Paramount is “trying to move fast on Daddy’s Home,” a family comedy that would reunite actors Mark Wahlberg and Will Ferrell, who starred together in the 2010 movie The Other Guys. That was an Adam McKay joint, and McKay did work on the screenplay for Daddy’s Home at one point, back when it was originally supposed to star Ferrell and Vince Vaughn. Now Wahlberg is looking to slip into the Vaughn role, and the movie would be directed by Sean Anders and John Morris, who wrote last summer’s surprise comedy hit We’re The Millers and worked on the screenplay for the upcoming Dumb And Dumber To.

“Daddy’s Home casts Ferrell as a mild-mannered radio executive who strives to become the best stepdad ever to his wife’s two children. Complications ensue when their freewheeling, freeloading real father (Wahlberg) arrives, forcing the stepdad to compete for the affection of the kids. Ferrell and Adam McKay are producing through Gary Sanchez Productions, whose Henchy, Kevin Messick and Jessica Elbaum will executive produce.”

Sounds like a promising premise, and one with a similar dynamic to The Other Guys, where Ferrell played the straitlaced, by-the-books cop paired with Wahlberg’s hot-headed, unpredictable wild card.

I am posting this mostly so I can get on my soapbox for a minute and petition the Dissolvetariat to check out The Other Guys, the unloved red-headed stepchild of the McKay/Ferrell oeuvre. Ferrell and Wahlberg are tremendous together, and the film, though not as top-to-bottom hilarious as Step Brothers or Anchorman, has some of the finest moments of any McKay movie. I’m particularly fond of this scene, where the super cops played by Samuel L. Jackson and Dwayne Johnson perform a daring feat of heroism (before you click, know that it’s sort of a SPOILER):

For the past four years, I’ve strived to aim for the bushes in all my mortal endeavors, and it’s worked out very well for me (except for that one bungee jumping incident).  If Daddy’s Home does the same, it will surely be a modern masterpiece.