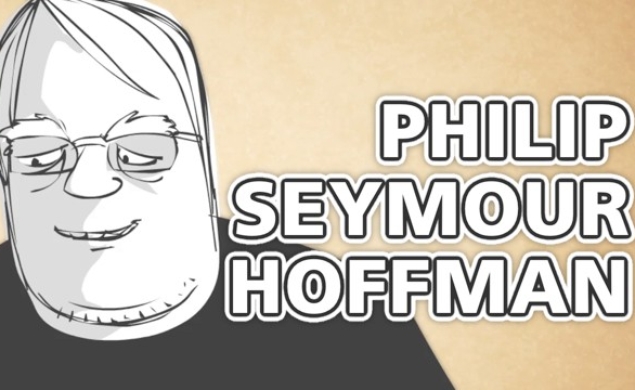 Roughly every two weeks for over a year now, the website Blank On Blank has posted a new animated short, made with PBS Digital Studios, illustrating an audio snippet from an old celebrity interview. The series has drawn some extra attention over the last 48 hours because the latest installment has producer David Gerlach and animator Patrick Smith bringing to life a Simon Critchley interview with actor Philip Seymour Hoffman, conducted at the Rubin Museum Of Art in December of 2012. Since Hoffman’s death was so recent, so unexpected, and so devastating, there’s a lot of interest in anything Hoffman acted in or said before he died. And in the case of this Blank On Blank piece—titled “Philip Seymour Hoffman On Happiness”—there’s the added fascination of hearing a man who overdosed on heroin talk about whether he considers himself to be “happy.”

It’s hard not to be taken aback a little when Hoffman tells Critcheley about how much he enjoys spending time with his kids, or when he admits, “I think I kill pleasure. Like I take too much of it in, and therefore make it un-pleasurable, like too much coffee, and you’re miserable. I do that to pleasure often.” Just as poignant is the way Smith animates hulking ghosts and dark, grabby hands, illustrating how Hoffman fears that life is too long to declare any kind victory over his past (because at any time, that contented feeling can fade). Yet “Philip Seymour Hoffman On Happiness” isn’t as depressing as it may sound, because it’s such a joy to hear Hoffman again, speaking eloquently about life and art, in an energized voice that he rarely used on-screen. Yes, this short is a reminder of Hoffman’s demons, and of what we lost when he died earlier this year. But it’s also a reminder that he left a lot of performances behind to watch, listen to, and enjoy—even when he was just playing “himself.”