Op-ed: Post-credits scenes keep getting worse, must be stopped 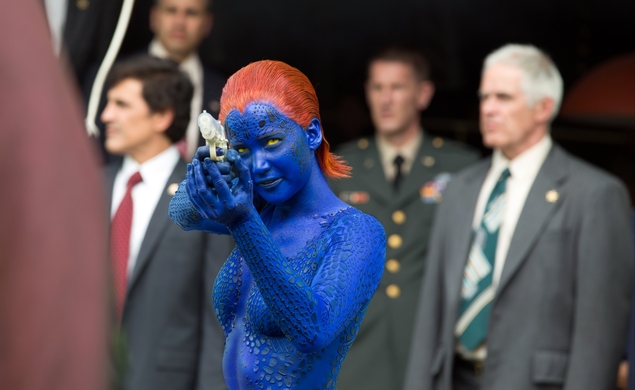 The following post SPOILS the post-credits scenes of The Wolverine, X-Men: Days Of Future Past, and Iron Man. If you’re six years behind on comic-book movies and don’t know who Samuel L. Jackson plays in The Avengers, please proceed with caution.

The single most important line of dialogue in any Hollywood movie of the last 10 years appeared after a film had already ended. After Iron Man’s Tony Stark saves his company, defeats the bad guy, reveals his secret identity, and then endures about 12 minutes of closing credits, the movie resumes with Robert Downey Jr.’s Stark returning home, where he’s greeted by an unexpected visitor—one who hadn’t appeared in the rest of the film:

That was Samuel L. Jackson shocking audiences with a surprise unadvertised appearance, and establishing the post-credits scene (sometimes called “credits cookies” or “stingers,” probably because they both sound like high-tech gadgets Tony Stark would invent) as one of the defining components of the comic-book blockbuster. The line that changed Hollywood forever: “Mr. Stark, you’ve just become part of a bigger universe. You just don’t know it yet.”

Even before comic-book nerds formalized the phrase, Jackson’s Iron Man cameo essentially named the “Marvel Cinematic Universe,” where all of the company’s many different intellectual properties co-exist and intermingle. It also set the template for Marvel’s (and soon many other studios’) enormous financial success: perpetual serialization. Like any good monthly comic book, Marvel’s franchises never end, and each movie leaves viewers wanting more—with a tantalizing hint of what’s coming in the next installment.

Are they all that tantalizing, though? Sam Jackson’s Nick Fury cameo was the unofficial launch of the post-credits scene trend, but it might also have been its apex. Nothing since has recaptured the scene’s pleasurable surprise—since credits stingers quickly shifted from bonus feature to genre requirement—and most have left mainstream audiences scratching their heads at introductions of characters they don’t recognize and glimpses of scenes they don’t understand. I wrote about horrible post-credits scenes last spring, but since then they’ve only gotten worse, culminating in the pointless one from X-Men: Days Of Future Past, a movie that also retroactively made the post-credits scene from last year’s The Wolverine a lot more frustrating than it first appeared:

As post-credits scenes go, this one from The Wolverine wasn’t bad at the time. It brought back Patrick Stewart’s Professor Xavier and Ian McKellan’s Magneto, and set the stage for Days Of Future Past by mentioning Trask Industries, the company that would create that film’s mutant-hunting robot Sentinels. In retrospect, though, it also raised a lot of questions—How’d Wolverine get his metal claws back? How’d Professor Xavier get his body back after it was disintegrated in X-Men: The Last Stand? How did he and Magneto mend fences?—that Days Of Future Past never answers. As a result, The Wolverine post-credits scene feels oddly disconnected from the movie it’s supposedly setting up, as if director James Mangold was trying to tease Days Of Future Past based solely on a brief description of the movie he overheard in an elevator.

The Days Of Future Past post-credits scene has an entirely different problem: General audiences have no idea what it means. While unknown minions recite an unclear chant, an unknown figure in a cloak stands on a sand dune and builds an Egyptian pyramid with unknown powers. The camera pans around to reveal… a chalky-faced dude who no one has ever seen onscreen before.

No, Powder isn’t joining the X-Men. Comic-book fans will recognize this pale young man as the evil mutant known as Apocalypse, who is planned as the villain of the next X-sequel (the chant, FYI, is “En Sabah Nur,” the character’s real name). But viewers who can’t tell their X-Factor from their X-Force will be understandably puzzled. Apocalypse doesn’t have a history onscreen, and nothing in Days Of Future Past has anything to do with ancient Egypt or its pyramids. Only hardcore X-Men readers will get the reference.

Thanks to indecipherable post-credits scenes, theater lobbies after screenings of movies like Days Of Future Past have become the sites of impromptu geek lectures, where comic fans hold court while decrypting otherwise incoherent cookies and stingers. Sometimes it feels like these teasers are less about promoting new movies than reassuring geeks that while their beloved properties have gone mainstream, they still, at heart, belong to them and their vast stores of knowledge—because without their hand-holding, average viewers would be lost. But if something needs to be nerdsplained to the vast majority of viewers, then maybe it shouldn’t be there in the first place.

I look at MediaStinger.com’s list of the top 100 best-rated movie stingers and I see a few scenes I liked (Fast Five, which teased the return of a character previously believed dead), and a lot I hated (the otherwise-solid Evil Dead reboot, which concludes with a gratuitous and nonsensical cameo). Good or bad, post-credits cookies do something even more potentially dangerous than create a general air of confusion. They send the viewer out of the theater feeling vaguely unsatisfied, as if they’d paid $15 to see a feature-length trailer for a much-better movie that is always just over the horizon. At a certain point, won’t audiences catch on to the fact that they’re being sold the promise of a payoff that never arrives and stop paying to see it? Being part of a Nick Fury’s bigger universe can be—and often has been—cool. But sometimes I wonder if things were better when we didn’t know it yet.