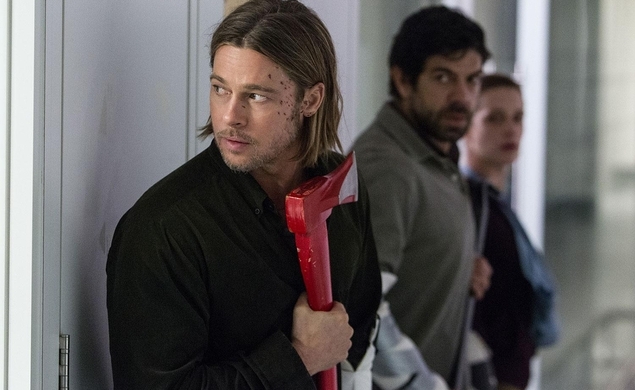 “They’re coming to get you, Brad Pitt…”

After initially shooting Brad Pitt's zombie action thriller with a cliffhanger ending, the producers of World War Z (including Pitt) decided to go back and reshoot a conclusion that lent the main character, a United Nations investigator in search of a zombie cure, a bit more closure on his story. Rather than set up a franchise, Pitt and director Marc Forster made a single movie. It turned out to be a good move. The reshot ending included some of the best scenes in the movie; wrapping Z up the way it was originally intended (with Pitt in the middle of a massive zombie battle in Russia, no closer to getting home to his wife and family) would have left viewers with a sour, unsatisfied taste in their mouths. Instead, Z became a solid hit, earning almost $550 million worldwide.

The film-first, series-second approach isn’t the most popular one in Hollywood these days, but it was successful enough in this case to get Pitt the sequel after all. Preparations for a World War Z-quel started late last year, with The Impossible director J.A. Bayona brought in to replace Forster. The next step is getting the screenplay together; Variety reports that Pitt and Bayona have brought in Locke writer/director Steven Knight to write it.

Let’s get the jokes out of the way right now: Yes, that definitely means the Z-quel will be 90 minutes of Brad Pitt driving and talking to people about zombies on his cell phone. Actually, while the film will surely be another massive, globe-hopping epic, Knight’s ability to wring drama out of a man, a car, and a phone, bodes well for the sequel. Most of the best stuff in the first Z was the claustrophobic setpieces in airplanes and laboratories. Fingers crossed that Knight’s hiring means the follow-up will balance big action with smaller character work and suspense.