Source Material: Before We Are The Best!, Lukas Moodysson’s wife Coco told the movie’s story in comics 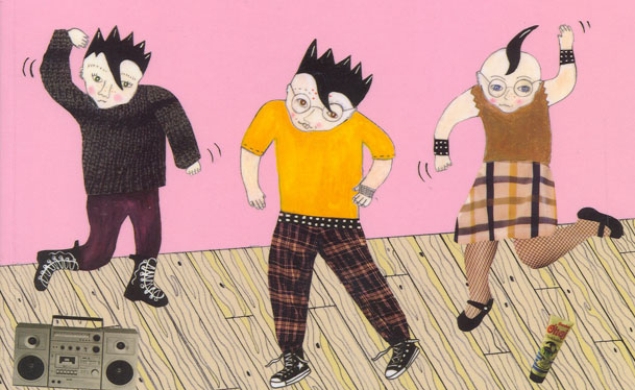 Neither Captain America: The Winter Soldier nor X-Men: Days Of Future Past is the best comic-book adaptation in theaters right now. That honor goes to Lukas Moodysson’s We Are The Best!, adapted from Moodysson’s wife Coco’s autobiographical 2008 graphic novel Never Goodnight, about her experiences as a pre-teen punk-rocker in early 1980s Stockholm. Ever since I saw We Are The Best! at the Toronto Film Festival last fall, I’ve been hoping that some enterprising U.S. comics publisher would release an English-language translation of Coco Moodysson’s book here in the states. Alas, no such edition exists at this time. But it doesn’t take much Googling to find pages and panels from Never Goodnight, some of them translated (but most of them not). 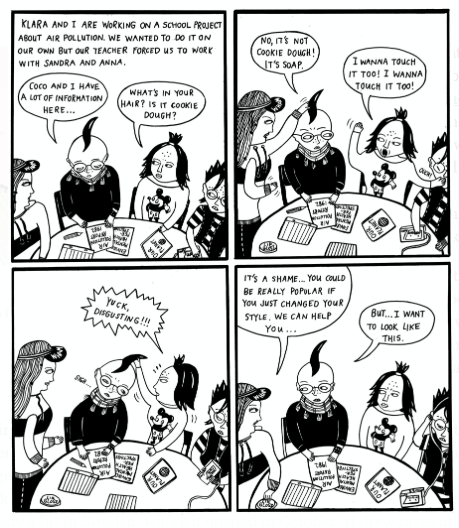 Speaking with the blog Female First last month, Coco Moodysson described the origins of the project:

“I remember I was writing a short piece for a comic magazine in Sweden, it was called ‘I Remember My Mother’s Lovers And How They Use To Touch Her.’ It took place in 1982-83, but there was something about this time in my life that I wanted to work with. I liked the tone that I had found in this and wanted to continue. There is something very interesting about the age of twelve, thirteen, and fourteen, when you are not a child anymore and you are curious. At the same time, you are not afraid because you have not gone through hard times that come after.”

She adds that, “I think that the comic is a little bit darker than the film,” and goes on to say in a recent New York Times article that, “There were no role models around that time. There were Swedish girl bands, but they were older, and their songs were about having sex and we thought that was disgusting.” 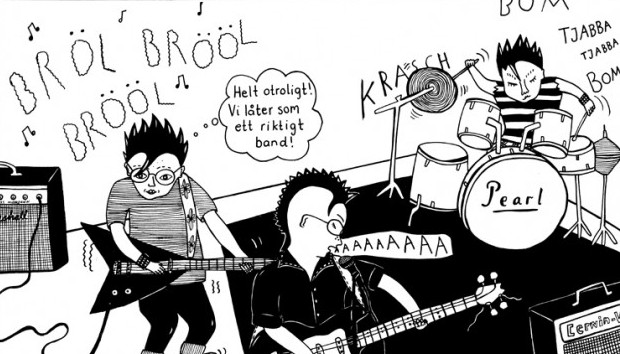 The pieces of Never Goodnight that I could find on-line have the charmingly primitivist look of the 1980s/1990s mini-comics movement, with a plain, square-paneled, limited-background design that suits a book about punk. Usually in this “Source Material” column I point to books that readers can buy or videos you can watch, but this week is more of a plea to some publisher like Fantagraphics or Drawn & Quarterly to translate and import Never Goodnight. Given how vivid We Are The Best! is in its portrait of both 1980s punk and adolescent fearlessness, I’d love to see how closely the movie follows Coco Moodysson’s story.