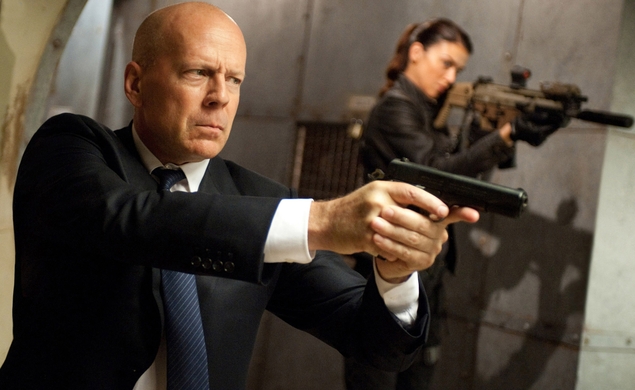 An interview Bruce Willis gave to Spanish magazine XLS has just hit the English-language web courtesy of U.K. tabloid The Daily Mail. “Explosions are one of the most boring parts of my job,” they quote him as saying. “When you have seen a few fireballs, it’s not exciting anymore.” Willis was equally clear on his motivation: “I work in all sorts of films, but the action movies are the ones that generate the most revenue. I like to earn lots of money from those, but I do all types: small productions, megaprojects, medium-sized, even science fiction.”

It’s simple enough to evaluate Willis’ claims he’s not totally finance-driven and tries to make a variety of movies to keep himself entertained. If the last five years are used as a sample pool, Willis has kept a prolific pace, appearing in 15 movies. This year’s been all action, with the trifecta of RED 2, G.I. Joe: Retaliation, and A Good Day To Die Hard. Last year Willis was in six titles, three of which he appeared in because of genuine interest (Moonrise Kingdom, Looper, and the pretty awful Lay The Favorite), plus three presumably cash-generating action films (The Expendables 2, the barely released-to-theaters The Cold Light Of Day, and Fire With Fire, which went straight to DVD). 2011 was reserved for two equally obscure action titles that also went straight to home video (Catch .44 and Setup). 2010 was nearly equally split between action (RED and a cameo in The Expendables) and comedy (Cop Out), while Willis’ only 2009 title was the big-budget sci-fi actioner Surrogates.

That’s 10 out of 15 movies (or more, if you count the buddy-cop comedy Cop Out) in a genre Willis says he’s only sticking with for the money. Willis’ big break as an actor came on the television show Moonlighting, but he reinvented himself so thoroughly with Die Hard that his go-to persona changed virtually overnight. Given that he’s been thought of primarily as an action guy for 25 years now, the only real surprise about Willis’ statement may be that it took this long for his contempt for his least imaginative vehicles to go public.