James Franco says Spring Breakers 2 will be a “terrible film” 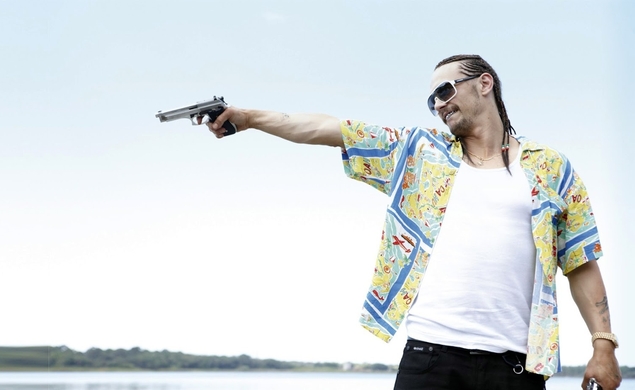 Spring Breakers’ deranged anti-hero, gangster and aspiring hip-hop star Alien, sums life up thusly: “Bikinis and big booties—that’s what it’s all about!” Naysayers argued that was all Spring Breakers was all about as well, but if you believe James Franco, the man who so memorably played Alien in Spring Breakers, the film had a lot more to say than that. Now that a sequel to Spring Breakers is in the works, one that doesn’t involve Franco or original writer and director Harmony Korine, Franco himself has more to say as well, and he wants people to know that the project—dubbed Spring Breakers: The Second Coming—is a bad idea, a shameless cash-in on an original idea. The prolific actor and director took to Instagram to voice his disgust (and show off a picture of himself in an Iggy Pop t-shirt). His comments, in full:

“STATEMENT ABOUT SPRING BREAKERS 2: This is not being done with Harmony Korine or my consent. The original was wholly Harmony’s creation and these producers are capitalizing on that innovative film to make money on a weak sequel. I want everyone to know that whoever is involved in the sequel is jumping on board a poison ship. It will be a terrible film, with a horrible reason d’être: to make money off someone else’s creativity. Can you imagine someone making the sequel to Taxi Driver without Scorese and DeNiro’s consents? Insanity! I’m speaking up for Harmony and his original vision and for any creative person who cares about preserving artistic integrity.”

Did Franco just compare Spring Breakers to Taxi Driver? I think he did. Bold move, bro.

Certainly I would be more interested in a Spring Breakers sequel that involved Korine and Franco than one that doesn’t. But it’s not like The Second Coming is being directed by the guy who created Girls Gone Wild as an excuse for some cheap T&A; it’s being put together by Jonas Akerlund and Irvine Welsh, talented artists in their own right. I’m sure the film’s T&A will be entirely classy, and come with a point of view and some new ideas. The material’s commentary on consumerism and greed seems like a perfect platform for a self-referential and self-critical sequel.

A Taxi Driver sequel with or without De Niro and Scorsese is a bad idea, but a Spring Breakers sequel doesn’t sound so heretical to me. For one thing, The Second Coming doesn’t have to be a direct continuation of the first movie’s story; the milieu of spring break is crazy and fascinating enough to merit another contemplation from a different angle (like, say, the angle of the guy who wrote Trainspotting). It’s not like Akerlund and Welsh are going to have someone else playing Alien screaming “Spring break forever!”

Wait, they’re not going to do that, right?