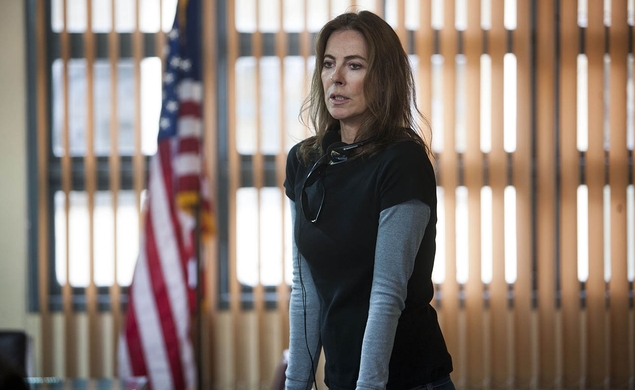 Calling Kathryn Bigelow’s last film, Zero Dark Thirty, controversial is the understatement of the century. Hailed in some circles as a modern masterpiece, decried in others for glorifying torture, it was the film of 2012 that launched zero dark thirty thousand thinkpieces. The controversy definitely hurt the film at the Oscars (it won only a single Academy Award, for Best Sound, out of five nominations) but it helped at the box office; the espionage thriller grossed nearly $100 million in U.S. theaters. Whatever it else it did, it cemented Bigelow as one of the most interesting and provocative big-scale directors of her era (if stuff like The Hurt Locker didn’t do that already).

Zero Dark Thirty and the resultant media firestorm apparently didn’t satisfy Bigelow’s appetite for potentially incendiary material either. According to Variety, she’s signed on to direct her next project, and it sounds like a doozy: an adaptation of the book True American: Murder & Mercy In Texas by Anand Giridharadas. The synopsis:

“[It] tells the story the true story of Raisuddin Bhuiyan, a Bangladesh Air Force officer who dreams of immigrating to America and working in technology. But days after 9/11, an avowed ‘American terrorist’ named Mark Stroman, seeking revenge, walks into the Dallas minimart where Bhuiyan has found temporary work and shoots him, maiming and nearly killing him.”

Bigelow already has one of her two stars as well; Tom Hardy is attached to the film (presumably to play Stroman, who does bear a certain burly, bald resemblance to one of Hardy’s most famous roles, famed British prisoner Charles Bronson). True American will be produced by Annapurna Pictures, the up-and-coming independent studio of exceedingly good taste that’s backed recent gems like Her. Annapurna’s teamed with both of these excellent filmmakers before; they co-produced Bigelow’s Zero Dark Thirty and Hardy’s Lawless. This has all the makings of a dream team, and a film that could generate as many headlines as box office dollars.