The latest Age Of Extinction trailer transforms and rolls out 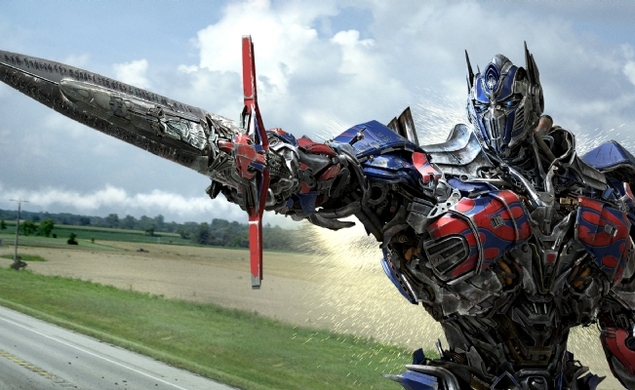 Fifty years from now, when film historians are looking to sum up this era of mainstream filmmaking with a single image, they will turn to Transformers: Age Of Extinction and its robot dinosaurs. That’s Hollywood circa 2014 in a nutshell: a movie based on a toy about robots that transform into dinosaurs. If only Samuel L. Jackson could show up in the closing credits to recruit Optimus Prime to the Avengers, it really would be the ultimate modern blockbuster.

For now, let’s simply bask in the glorious stupidity of the latest (and, let’s hope, least awful) Michael Bay Transformers sequel, which just got its full trailer:

An argument could be made that Bay’s Transformers make better trailers than movies. They always have really cool moments, and incredible shots that make the hairs on the back of your neck stand up. Then you get to the theater and the film’s 145 minutes long and there are six main characters besides the Transformers and John Turturro’s getting “lubricated” by the robot and the action just looks like a freeway pile-up in slow-motion. I’m not sure why there’s any reason to think this one will be any different (Bay directed all of them and Kruger wrote the last two films), but maybe Age Of Extinction will surprise people. At the very least, it will have robot dinosaurs.