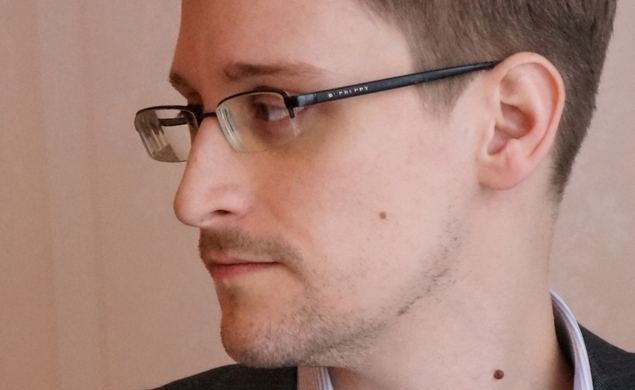 Journalist Glenn Greenwald’s book No Place To Hide: Edward Snowden, The NSA, And The U.S. Surveillance State has only been on sale since yesterday, but it’s already been optioned for the movies by Sony Pictures, along with an unexpected producing team. Sony will be working with half-siblings Barbara Broccoli and Michael G. Wilson, producers of the James Bond series, through their EON Productions (which they inherited from Barbara’s father and Michael’s stepfather, Albert “Cubby” Broccoli). In an article in Variety about the deal, Sony/Columbia president Doug Belgrad calls Greenwald’s book “riveting,” saying, “Glenn’s account of this incredible international event will make for a gripping and unforgettable film.”

This may well be so (although recent attempts to dramatize the adventures of Julian Assange suggest otherwise); yet the involvement of EON in this project is still a curious one. Broccoli and Wilson’s work on the Bond pictures has had its high and lows, but even the best of the duo’s Bond films haven’t approached the kind of real-world drama that a movie about an actual fugitive whistleblower would require. Then again, EON has had a deal in place with Sony/Columbia since 2008 to develop fifteen non-Bond films, none of which has made it to the screen yet, so it’s hard to judge whether this kind of film is really in the company’s wheelhouse or not. If EON announces that Daniel Craig will play Snowden (or Greenwald), then there’ll be cause for concern.