The first look at Zack Snyder’s Batman and Batmobile 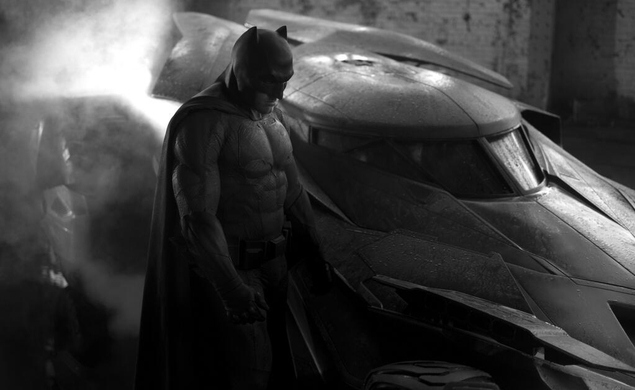 Yesterday, Batman Vs. Superman director Zack Snyder tweeted a teasing black-and-white photo of a Batmobile shrouded in Bat-tarp, hinting that he’d offer a full Bat-look at the car on Batuesday. Instead, Snyder revealed both the car and his Batman, played by Ben Affleck, looking kind of glum in black-and-white.

Why so serious, Batfleck? Are you that nervous about opening against Captain America 3? I’m sure it’ll be fine.

Here’s a bigger version of the photo for your perusal/drooling/complaining that Snyder’s doing it wrong: 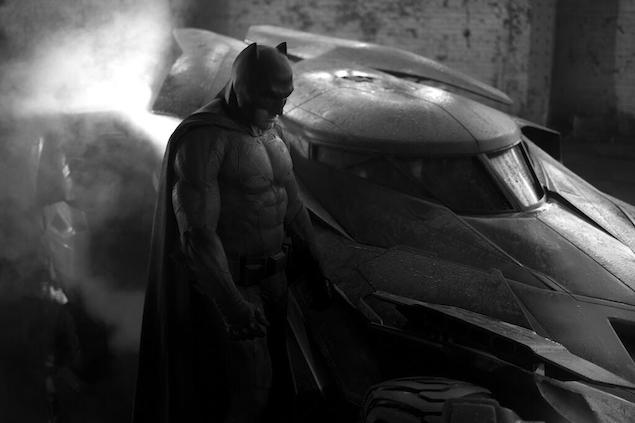 My one comment at this early date: Hot damn, a black-and-white Batman movie would be cool. Too bad it’ll never happen.