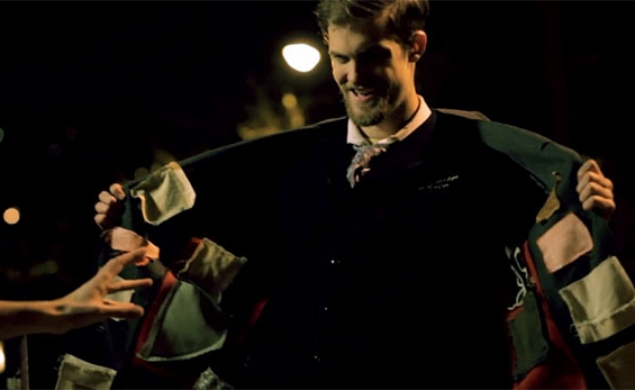 Last week, The Dissolve ran an interview Tasha Robinson conducted at the Tribeca Film Festival with Billy Chew, Daniel Kwan, and Daniel Scheinert, three filmmakers who’ve been experimenting with new technologies and interactive story-models. But it’s not necessary to go to a film festival to see what Kwan and Scheinert have been doing. Like a lot of young filmmakers these days, the men known professionally as “Daniels” have stayed busy over the years making short films, TV episodes, and music videos (including the recent buzz clip for DJ Snake and Lil Jon’s “Turn Down For What”), and a lot of those pieces are readily available on the Internet.

Daniels’ short “Pockets” was made for U.K. television/multimedia company Channel 4, for the “Random Acts” series, and it’s a concise piece of filmmaking, exploring one crazy idea for a little less than three minutes. The short itself is a little over three minutes, but the first 30 seconds are spent setting up what seems like it’s going to be the story, about a homeless man (Chew) who’s planning to mug a random passerby (Scheinert) so he and his girlfriend can have a decent dinner. But then the intended victim turns out to have some kind of dimensional portal in the pockets of his clothes, enabling him to punch through the pockets of other people. For the next two minutes, freakiness ensues, all the way up to the concluding gag.

The final joke is a bit of a groaner, and there’s no apparent point to “Pockets,” beyond playing around with this pocket-punch idea. But the short is ridiculously fleet, moving from scene to scene so quickly that it always takes a few seconds to catch up to what’s actually happening onscreen. Daniels are using special effects and a gimmicky premise to entertain an audience at breakneck speed.