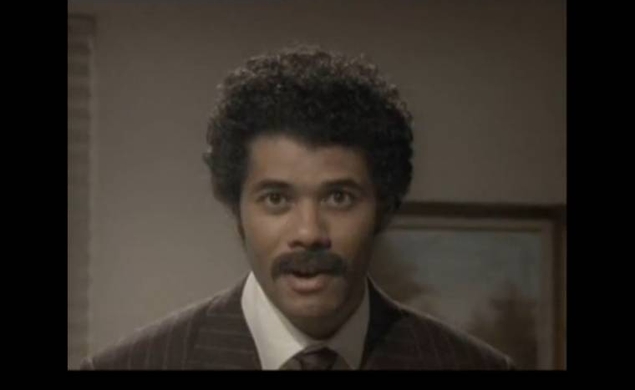 In Richard Ayoade’s two feature films to date as a writer-director—Submarine and The Double—the British comedian has shown a dedication to visual style that’s become rare in movie comedy, as contemporary filmmakers increasingly prize improvisation over formal control. Ayoade’s been a stylist from almost from the start of his career, albeit in ways not always immediately recognizable. As the director and co-writer (with star Matthew Holness) of the 2004 Channel 4 series Garth Marenghi’s Darkplace, Ayoade showed a perversely meticulous attention to detail—perverse because the show itself is meant to look terrible. Like the 1960s album-cover shadings of Submarine and the dystopian Double, Garth Marenghi’s Darkplace is extremely precise, even in its slapdash-ness.

The nested premise of Darkplace has Holness as Marenghi, a self-styled Stephen King-like celebrity author (or “horrornaut,” as he calls himself) who for a brief period in the 1980s created and starred in a supernatural hospital drama that he claims British TV was too timid to air. The 2004 version of Darkplace combines the “original episodes” with modern-day interviews, almost like a DVD featurette woven into the actual program. The basic idea here is that Marenghi is something of a knob, who believes his TV show to be profound and daring when it’s actually nonsensical, and ugly as hell.

It’s the “ugly as hell” part that’s relevant to what Ayaode’s up to these days. Garth Marenghi’s Darkplace is masterfully, hilariously hideous, with Ayoade knowing exactly how to drop in pointless camera moves, botched continuity, and slackly paced action sequences for maximum comic effect. And then on top of that, Ayoade steals scene after scene as Marenghi’s earnest, dimwitted publisher Dean Lerner, who also appears on the 1980s show even though he flatly can’t act. It takes someone who’s skilled at making a picture look good to produce something that looks as bad as Darkplace. It’s no wonder then that his films since have been so visually splendid.