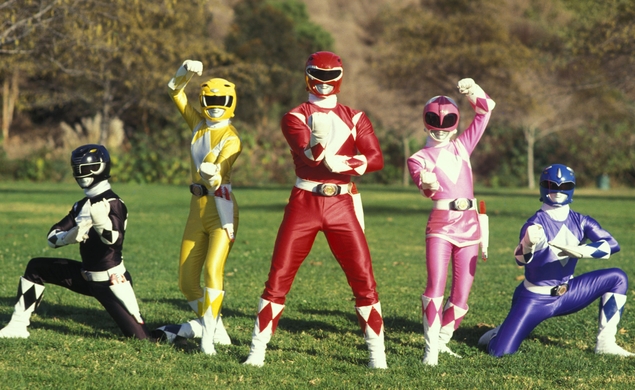 In a world where a franchise (like The Amazing Spider-Man) can get rebooted and started again from scratch barely 10 years after its debut, seemingly no brand or property is free from consideration for a do-over; a “cinemulligan,” if you will. And (brace for the devastating realization that we’re all old and going to die soon) it’s been over two decades since Saban Entertainment introduced kids to Mighty Morphin Power Rangers, mixing recycled footage from Japanese adventure series Kyoryu Sentai Zyuranger with American actors in a combination that children found surprisingly irresistible. The show was cheap to make and generated a fortune in revenue.

The Power Rangers have been on the air in one variation or another for all of the intervening years, and with such a durable property that appeals to kids and parents who grew up watching it as well, Saban is now partnering with Lionsgate to bring the Rangers back to the big screen. (In its heyday, the original series produced two major motion pictures, 1995’s Mighty Morphin Power Rangers: The Movie and 1997’s Turbo: A Power Rangers Movie). The Lionsgate press release says the new film “will re-envision the Mighty Morphin Power Rangers, a group of high school kids who are infused with unique and cool super powers but must harness and use those powers as a team if they have any hope of saving the world.”

The trouble with Power Rangers on the big-screen is the fact that it’s so cheaply made on television, and it looks it. But the Z-grade effects are, perversely, part of its charm. Spending a blockbuster budget on Power Rangers just doesn’t look right, like making a really lavish remake of The Room. You could wind up with a movie that looks too good for its own franchise, but not good enough to bring in large audiences.

Still, there’s no question the property has name recognition and enormous staying power. I can’t believe a cheesy show that I watched when I was a little kid is still cranking out 20 new episodes a year. Go go encroaching sense of one’s own mortality!