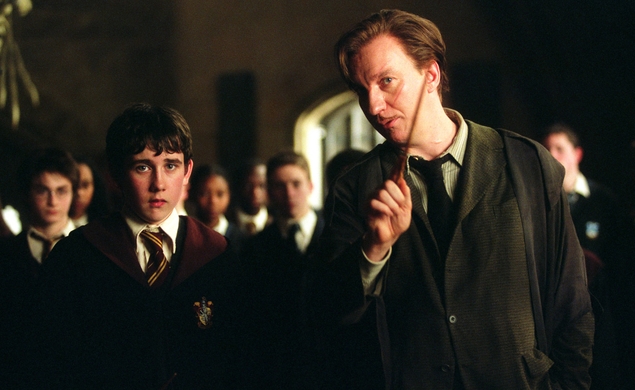 In the comments to Nathan’s review of Belle, commenter “Umatic Purgatory” gives a name to a common complaint for fans of particular actors:

“I have to say the trailer lost me when it became clear that Matthew Goode walks out of this movie in the first reel. Filmmakers: Don’t put Matthew Goode in your movie only to have Matthew Goode walk out of your movie. It only makes me spend the rest of the movie wishing he were in it. It’s what I call the David Thewlis Rule. (Seriously, try watching a movie Thewlis only appears in a little of. It’s torture.)”

First off, Umatic, I hope you’ve been watching The Good Wife lately; Matthew Goode’s been playing a recurring character over the past few episodes, and gotten a good amount of screentime. Second off, I like this idea of “The David Thewlis Rule,” which works as an alternative to Roger Ebert’s old “Stanton-Walsh Rule.” Ebert used to say that no movie that featured either Harry Dean Stanton or M. Emmet Walsh in a supporting role could be all bad. “The David Thewlis Rule” seems to argue that some actors can be so good even in minor roles that they leave a kind of vacuum when they’re off the screen.

I’ve been trying to think of who else is a David Thewlis Rule candidate. The first name that popped into my head was Nicky Katt, an actor who works very little, and generally only in bit parts. But Umatic, if you don’t mind me providing my own interpretation of the rule, I think that for actors to qualify, they need to have played enough leads that they could viably be one of the main stars of the film—thus making it all the more disappointing when they’re not. So Katt doesn’t fit. I’m tempted to put Guy Pearce in that category, except that he mostly plays leads. It’s just that the few times recently that Pearce has shown up in a movie just for a few scenes, it’s reminded me how much more I’d like to see of him.

If Amy Acker did more films, she’d definitely be a candidate for me. She’s so good in Much Ado About Nothing in particular that it makes me feel all the sadder when I see her in only a bit part on TV. In fact, a lot of the actors who pop up in Joss Whedon projects make me wish they got more play—even bigger stars like Jeremy Renner and Mark Ruffalo, who could’ve commandeered The Avengers, brought Scarlett Johansson and Tom Hiddleston along with them, and would’ve made a good movie just by themselves, I’m sure.

But let’s keep refining, Dissolvers. Who else is a David Thewlis: an actor who plays leads, supporting, and character roles, and is so memorable that he or she leaves viewers wanting more?