Doctor Who’s Matt Smith travels through time to the day that he’s cast in Terminator: Genesis 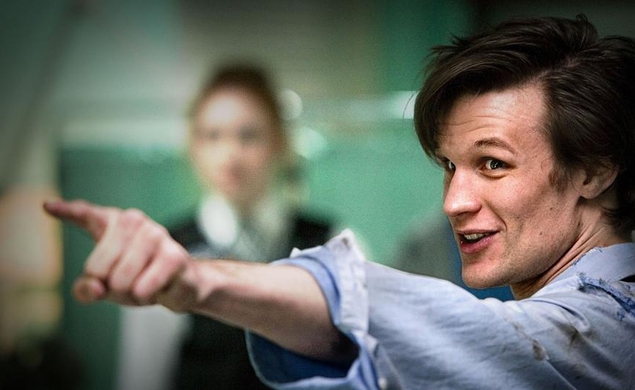 After years of wild speculation over what the next step would be for the perennially popular Terminator franchise (sequel to Terminator Salvation? 3-D animated feature? Another television series?), we’re finally starting to get some clarity on the direction of the series. We know that Terminator: Genesis comes out on July 1 of next year, with Thor: The Dark World’s Alan Taylor directing, and we know that it’s a sort of reboot, with Jason Clarke playing John Connor, Emilia Clarke playing his mother Sarah, and Arnold Schwarzenegger reprising his role as the Terminator.

But I use the word “sort of” because as previously reported on this site, Terminator: Genesis will also feature J.K. Simmons as an alcoholic detective character that hasn’t appeared in any of the previous movies. And today Paramount and Skydance Productions put out a press release announcing that Matt Smith has joined the cast as, “a new character with a strong connection to John Connor.”

Smith is best-known for playing “the 11th Doctor” in the British TV series Doctor Who, which also has a time-travel element. At present, Paramount and Skydance aren’t revealing whether Smith’s character in Terminator: Genesis will be from the present or the future—or perhaps both?—which would seem to indicate once again that this new movie may not be as strictly reboot-y as previously indicated. Mysteries still abound. (Could Smith play this film’s version of Robert Patrick’s liquid-metal T-1000? He sort of fits the physical description.) There’s no fate but what we make for ourselves, and such-like.