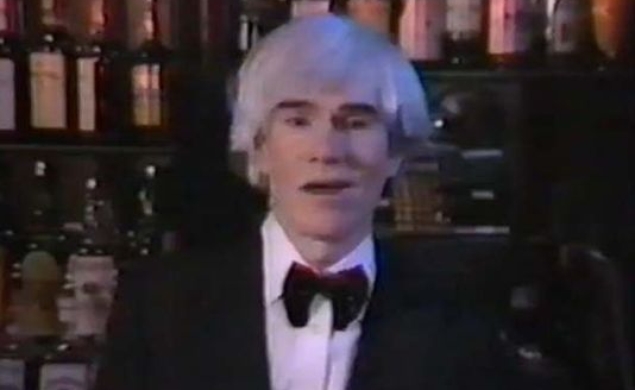 Warner Archive steps outside its usual movie/TV comfort zone with its newly released DVD of the 1984 music video compilation Heartbeat City, by The Cars. Originally released on VHS, Betamax, and Laserdisc, Heartbeat City collects the videos from the album of the same name—including the big MTV and chart hits “You Might Think,” “Magic,” and “Drive”—along with a few older clips, and a ten-minute MTV special about the making of one Heartbeat City video in particular. That video is “Hello Again,” co-directed by Andy Warhol and Don Munroe, the latter of whom had helped the seminal pop artist make his various New York City cable shows in the early 1980s.

The MTV special about “Hello Again” includes some clips from Warhol’s old underground films of the 1960s and 1970s, and an interview in which Warhol suggests that in the MTV era all movies should be about three minutes long. But what’s most useful in the package are the comments by Munroe, who notes the images in the “Hello Again” video that most resemble Warhol’s older work. Superficially, at first, there doesn’t seem to be much that’s Warhol-esque about “Hello Again”—even though Warhol himself appears as a bartender/spectator—because the clip has the videotape haze and garish effects that were common to MTV at the time. But when Warhol starts watching young people french-kiss, Munroe says that was meant to be a direct nod to Warhol’s 1963 film Kiss. And the similarities to Warhol’s Factory days don’t end there.

There are a few distinctive quirks to “Hello Again,” including a fake youth-oriented talk-show at the start, with one kid talking about whether every skyscraper is a phallic symbol. (The video also has an appearance by a very young Gina Gershon, with alphabet soup letters on the tongue.) But “Hello Again” hits its stride when it shows attractive men and women—some androgynous, some camped-up—cavorting around a bar in skimpy clothes. These may not be the street superstars of Warhol’s 1960s films, but the impulse here is the same: to turn a camera on interesting-looking people, and see what happens while music plays.