Cary Fukunaga will helm a biopic about Alexandre Dumas’ father, a.k.a “The Black Count” 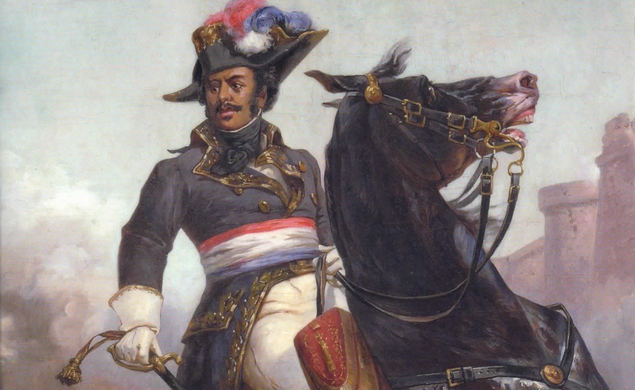 Novelist Alexandre Dumas was only 4 years old when his father died, but his mother would tell him stories about the legendary Thomas-Alexandre Dumas, “The Black Count,” the son of a French nobleman and a Haitian slave, who served as a general in the French Revolutionary Wars. The younger Dumas would later draw on his mother’s anecdotes and memories when writing books like The Three Musketeers and The Count Of Monte Cristo. But lately there’s been renewed interest in the elder Dumas, sparked by Tom Reiss’ Pulitzer Prize-winning biography Black Count: Glory, Revolution, Betrayal, And The Real Count Of Monte Cristo.

That interest may soon lead to a major motion picture. Deadline reports that John Legend’s Get Lifted Film Co. is partnering with writer-director Cary Fukunaga to make a movie of The Black Count for Sony sometime in the near future. Fukunaga is probably best known at the moment for directing every episode of the first season of HBO’s freaky mystery series True Detective, but prior to that show he made the films Sin Nombre and Jane Eyre, which also showed off his skills at naturalistic location shooting and dramatizing class differences—two strengths that should benefit Dumas’ story. Before he makes The Black Count, Fukunaga will adapt Uzodinma Iweala’s novel Beasts Of No Nation, about an African man raised since childhood to be a soldier, which should also be great prep for the Dumas project.