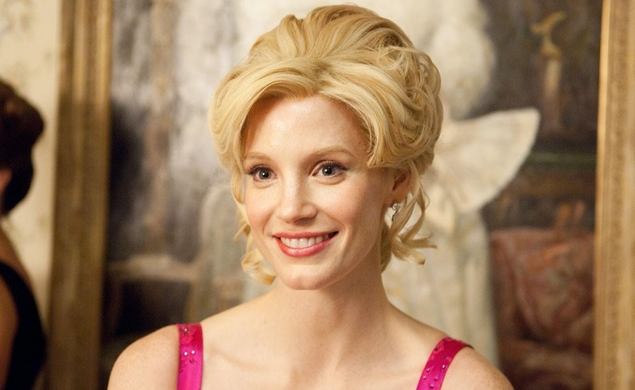 Marilyn Monroe had a hell of a film career, but “Marilyn Monroe” has arguably outdone her. According to the IMDb, the character of Marilyn Monroe has appeared in over 150 film and television shows, starting with Goodbye, Norma Jean from 1976 (where she was played by Misty Rowe) and going all the way up through last year’s InAPPropriate Comedy (starring Lindsay Lohan). Though Monroe has been dead for more than half a century, her legend continues to grow. When I was in high school she was the subject of a big HBO movie called Norma Jean & Marilyn, where two different actresses (Ashley Judd and Mira Sorvino) played her before and after she became a mega-star. Just two years ago, Michelle Williams was nominated for an Oscar for her turn as the Some Like It Hot star in My Week With Marilyn.

In her next posthumous appearance, it looks like Monroe will be played by actress Jessica Chastain. According to TheWrap, the Tree Of Life and Zero Dark Thirty star is “nearing a deal” to play the iconic blonde in an adaptation of Joyce Carol Oates’ novel Blonde, “which reimagines the inner, poetic, and spiritual life of Norma Jeane Baker—the child, the woman, and the fated-celebrity better known by her studio name of Marilyn Monroe.” Oates’ book, TheWrap says, “reveals a fragile, gifted young woman who repeatedly remade her identity to overcome the odds and define stardom in the 1950s.” That’s essentially the same woman I saw in Norma Jean & Marilyn; just as Monroe remade her own identity, Hollywood has created and recreated her over and over since her death in 1962.

The Blonde film will be directed by Killing Them Softly’s Andrew Dominik, who adapted Oates’ book on spec, and is now developing the material at Brad Pitt’s production company Plan B. (TheWrap says it was Pitt himself who convinced his Tree Of Life co-star to play Monroe). Previously, Naomi Watts was considered for the lead role (and attached to the project for a time). Instead, it looks like it will be Chastain who’ll get to become (and then deconstruct) Marilyn next.