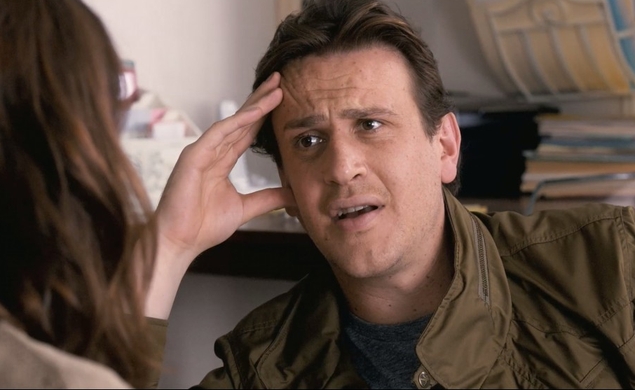 The late author David Foster Wallace left behind a body of work—journalism, fiction, and essays—that’s going to be read and discussed for generations to come. But as popular as Wallace’s stories and articles remain, they’re never going to be easy to adapt into movies, both because of Wallace’s formal experimentation and because of the way his authorial voice (and occasional presence) shapes the meaning of the text. Director James Ponsoldt and screenwriter Donald Margulies think they’ve found a way around that problem, and are currently filming The End Of The Tour, based on an extended road-trip/interview that David Lipsky did with Wallace back in 1996 (which Lipsky turned into a book after Wallace’s death in 2008). But Wallace’s estate isn’t happy with the film, which stars Jason Segel as Wallace (looking like this) and Jesse Eisenberg as Lipsky. The estate has released a statement, reading in part:

The David Foster Wallace Literary Trust, David’s family, and David’s longtime publisher Little, Brown and Company wish to make it clear that they have no connection with, and neither endorse nor support The End Of The Tour. This motion picture is loosely based on transcripts from an interview David consented to eighteen years ago for a magazine article about the publication of his novel, Infinite Jest. That article was never published and David would never have agreed that those saved transcripts could later be repurposed as the basis of a movie. The Trust was given no advance notice that this production was underway and, in fact, first heard of it when it was publicly announced. For the avoidance of doubt, there is no circumstance under which the David Foster Wallace Literary Trust would have consented to the adaptation of this interview into a motion picture, and we do not consider it an homage.

On paper, the idea of making a movie about Wallace—allowing his worldview and personality to come out through dialogue—is a good one. Ponsoldt is a strong director, whose Smashed and The Spectacular Now have a fine sense of place and character; and Segel and Eisenberg are both gifted performers, albeit with somewhat narrow ranges. But The End Of The Tour was already going to have to be really good to overcome the skepticism of Wallace’s many protective fans; and now with the Wallace estate publicly rebuking the movie, that’s going to make the filmmakers’ jobs that much tougher.