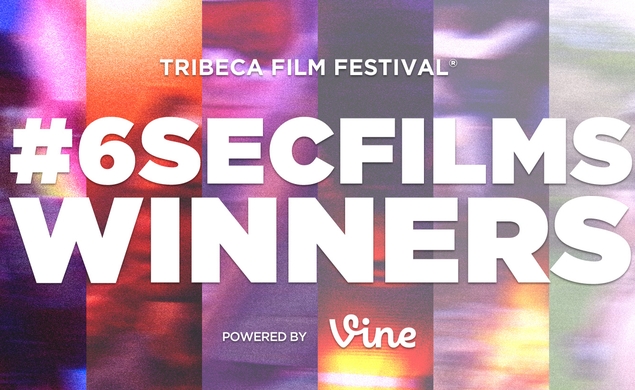 One of the ways that the Tribeca Film Festival has set itself apart from the other major fests is the way the organizers have tried to go with the flow of how filmmakers make movies these days, and how audiences consume them. The Tribeca festival puts some of its lineup online, concurrent with the New York screenings; and TFF hosts special short-form contests with online submission and voting components. Tribeca’s #6SecFilms competition had its five winners announced yesterday, drawn from the four main categories (“animation,” “drama,” “comedy,” and “genre”) plus  one “audience award.” All the films were made with the Vine app, and the winners can be viewed below:

So what’s your favorite? Initially I was drawn to “Wrap Dancer,” but I like the visual impact and effort of “The Vortex Finds A Host,” and “Sylvio Let’s Go” grew on me the more it repeated. (If I’m being honest, I’m not entirely sold on Vine as a cinematic medium; but as a novelty item, these are pretty nifty.)