The Speculometron: Will there be a Die Hard 6? 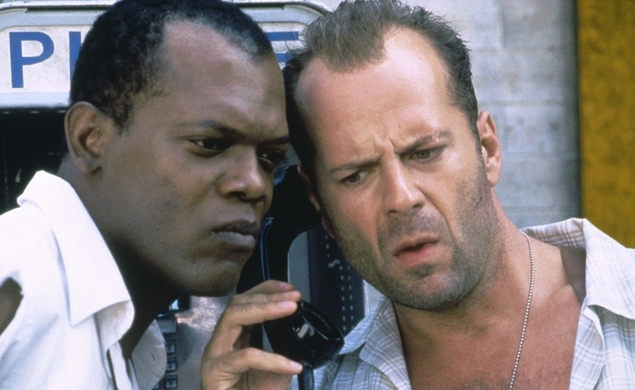 Rumor: 20th Century Fox is taking pitches for a new Die Hard movie, to reunite Bruce Willis and Samuel L. Jackson (the latter of whom last appeared in the third film, Die Hard With A Vengeance).

Evidence: El Mayimbe cited no sources, writing only, “TWITTER SCOOP: FOX is meeting writers for takes on next DIE HARD. It has to involve John McClane AND Samuel Jackson's Zeus Carver character!”

The Speculometron’s calculations: Latino-Review.com has become one of the most prolific scoop-generating outlets on the web, and while some of those scoops have been swiftly debunked by the parties involved, it’s hard to measure their validity based strictly on either the site’s assertion or the studios’. A lot of “talks” happen in Hollywood—some serious, some casual, and some fictional, designed to gauge public interest or spur a creative team into action.

That said, whether or not Fox actually is looking for a Die Hard 6 screenplay right now, it’s certainly not a ridiculous notion that the studio would corral Bruce Willis into playing John McClane again. Last year’s A Good Day To Die Hard was trashed by critics (and kind of dumped into February, which isn’t exactly blockbuster central), but it made over $300 million worldwide, and money is money. So long as people around the globe keep queuing up for these movies where aging action stars reprise past glories, the studios are going to keep making them, no matter what the critics say.

As for the Sam Jackson/Zeus Carver angle… well, that’s interesting. If Fox is specifically asking for pitches that include Zeus Carver, then maybe Jackson is already interested in returning to his role in what was the last good Die Hard movie. And if Jackson wants to do it, that likely increases Willis’ interest, which increases the likelihood that sometime in 2016 we’ll be seeing a trailer that features someone almost saying “yippee-ki-yay, motherfucker.”