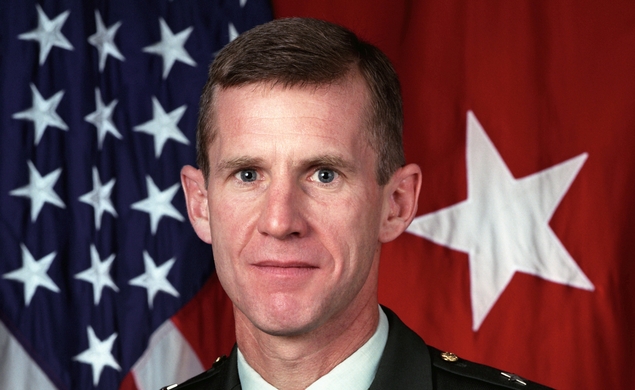 Reporter Michael Hastings was still in his mid-20s when he began covering the Iraq War, and perhaps it was Hastings’ combination of youthfulness and doggedness that gained him access to people and stories that other journalists couldn’t get. Hastings had the biggest story of his tragically shortened career—which ended in a fatal car crash last year—when he profiled General Stanley McChrystal for Rolling Stone, revealing the U.S. Army commander’s contempt for the Obama administration and prompting a military house-cleaning. Hastings later expanded the article into the best-seller The Operators, covering both McChrystal and Hasting’s own adventures while researching the story back in early 2010.

Now The Operators is on track to become a major motion picture. Brad Pitt will co-produce and star as McChrystal, while David Michod, the Australian filmmaker best-known for the 2010 family crime saga Animal Kingdom, has officially signed on to write and direct the project. It could well be Michod’s next project after The Rover, an apocalyptic thriller due out this summer. The Operators seems like a different kind of film for Michod, although Animal Kingdom showed that he had a feel for the dynamics of power, and how people in charge can abuse that privilege.