Time to spy on the A Most Wanted Man trailer 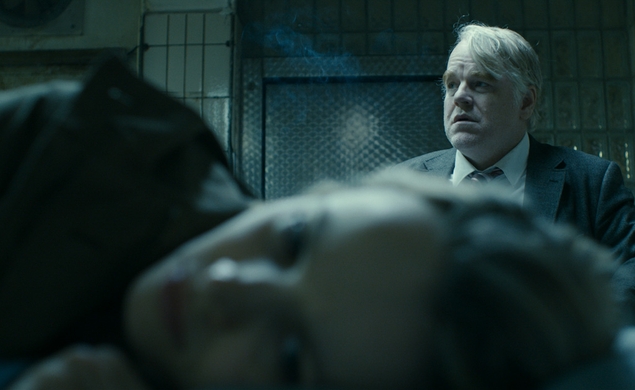 When Philip Seymour Hoffman died in February, he had just premièred two of his final films at the Sundance Film Festival. One, a dark comedy called God’s Pocket, opens on May 9. The other, A Most Wanted Man, is a spy thriller based on a novel by John le Carré. That debuts in late July; here’s its trailer:

The trail of the tape
Title: A Most Wanted Man
Director: Anton Corbijn
Screenwriter: Andrew Bovell
Cast: Philip Seymour Hoffman, Rachel McAdams, Robin Wright
Release date: July 25, 2014
Tagline: “When national security is the mission, intelligence is the key.”
The entire trailer in one line of dialogue: “It takes a minnow to catch a barracuda.”
The entire trailer in one screengrab:

This will be Corbijn’s first movie since 2010’s The American, a chilly thriller about an assassin played by George Clooney. It looked amazing, but it didn’t really connect with me on any emotional level; sitting here now, I’m having trouble remembering much of anything about it besides a jacked Clooney doing push-ups in his beautiful Italian hotel room. Hopefully this movie combines its predecessor’s sleek visuals (and there’s definitely some striking imagery in this trailer) with a bit more to latch on to in the story and character departments.