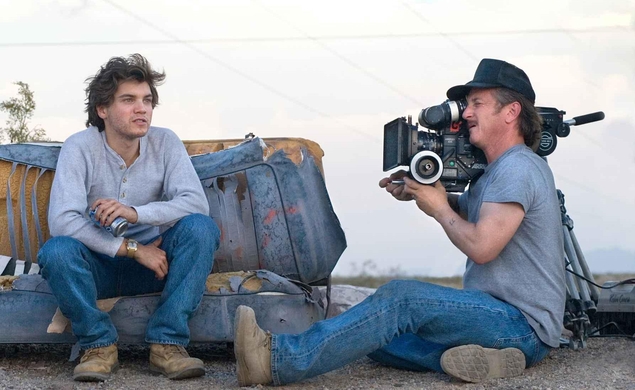 Who is Sean Penn as a director? After four films, I don’t know that I have an answer to that question. Penn’s made some good movies, but he hasn’t really carved out much of a filmmaking identity, and it’s hard to predict what he’s going to make from one film to the next, or even when he’s going to make something at all. He hasn’t directed a film since 2007’s moving biopic Into The Wild.

Variety reports Penn will return to the director’s chair for the first time in seven years for The Last Face, an “Africa-set romance-drama.” A more detailed plot description:

“The drama focuses on a talented and charismatic doctor who is forced to choose between his love for an American relief worker or his dedication to saving lives in war-torn African nations.”

If there is a hallmark of la cinema du Penn, it’s his casts of great actors. The Last Face already looks like it will continue that tradition; Benicio del Toro will play the doctor, while Charlize Theron will take the role of the relief worker. Adèle Exarchopoulos, the breakout star from Blue Is The Warmest Color, will co-star as a journalist.

When he’s not working, Penn is known for his outspoken activism for progressive political causes. While that hasn’t been a major focus of his directing work to date, the description of The Last Face suggests it could change that. But will it give us a better sense of who he is as a filmmaker? Only time will tell.