Spike Jonze gets Siri-ous in the trailer for Her 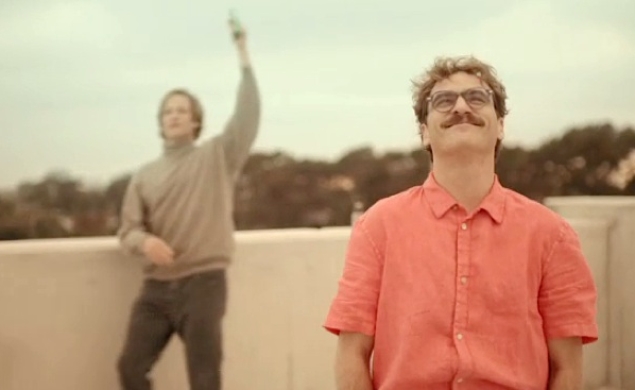 Her is the first Spike Jonze feature film in four years. It’s also a love story, a commentary on the Siri-managed digital age and—for those raised on 1980s cinema—a movie that may spark memories of Electric Dreams.

In that unconventional 1984 rom-com, a man and his increasingly dangerous P.C. competed for the affections of Virginia Madsen. In Her, it’s the computer—specifically, the voice of an artificially intelligent home operating system—that falls for the man and vice-versa, with no rivalry to stand in their way.

The man is Joaquin Phoenix, the voice of “Samantha” is Scarlett Johansson, and the trailer for the movie, written and directed by Jonze, is odd, touching, and soaked in the filmmaker’s signature, artistically ambitious oddness. 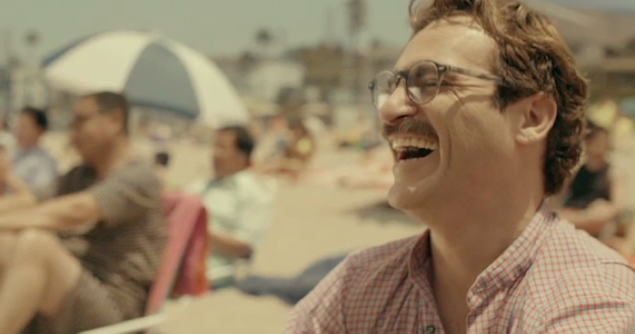 It’s nice to see Phoenix displaying warmth and relatable humanity here, a change-up from the twitchy intensity he brought to last year’s The Master. And as a woman, it’s even nicer to see—or rather, not see—Johansson serving as a romantic interest without putting her assets on display. If their pairing works, Her could launch a new film genre. (Electron-erotica? ScyberJo-rom-com?) And even if it doesn’t, at least the world will get to see Phoenix busting some Michael Jackson moves while celebrating the joy he’s found with a woman who, technically, does not exist.