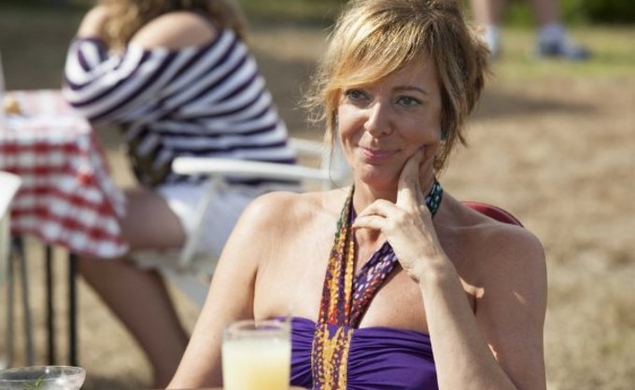 The writing-directing team of Nat Faxon and Jim Rash scored a sizable arthouse hit last year with the indie comedy The Way Way Back, which featured Sam Rockwell as a friendly water-park manager who helps a lonely teen, and Allison Janney as the boy’s eccentric neighbor. Now, according to TheWrap, Rockwell and Janney are close to rejoining Faxon and Rash for The Heart, an action-comedy starring Kristen Wiig as a woman who agrees to become a courier for black-market organs because she desperately needs the money. The film is scheduled to begin shooting in May in North Carolina, and Rockwell would play the heroine’s mysterious partner in crime. No word on what part Janney would play, and both actors are currently “in talks” to act in the film, so there’s always a chance they won’t be in it all.

The Oscar-winning Faxon and Rash (who picked up a Best Adapted Screenplay prize for The Descendants) have a knack for blending broad comedy with pathos, as do Rockwell and Janney. Lately, Rockwell has been the only reason to see some mediocre indie dramedies. (Whenever he’s off the screen in the upcoming Laggies, the movie is pretty dreadful.) As for Janney, she’s been doing stellar work every week in the CBS sitcom Mom, which probably isn’t being watched by too many cinephiles because it’s a Chuck Lorre-produced three-camera sitcom on a broadcast network. (But trust me: She and Mom co-star Anna Faris are crushing it.) Janney’s Mom schedule is reportedly one of the details that need to be worked out before The Heart deal is set. Given the past connection she and Rockwell have with Faxon and Rash, odds are good that everything will work out.