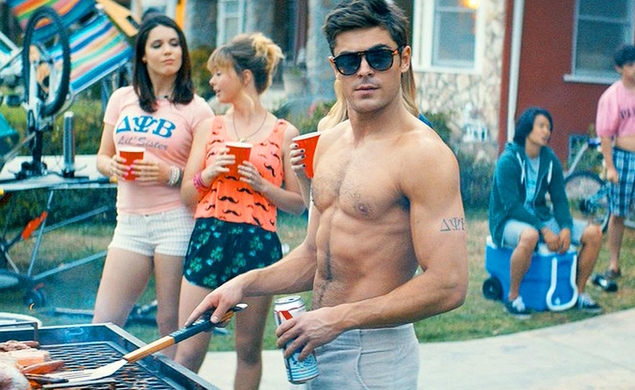 For a couple years in the 1990s, John Grisham was to movies what Marvel is now: basically everything he published got adapted into a film with a big budget and big stars, and his legal thrillers, which sold in the tens of millions of copies, were so popular that copycats sprouted everywhere. Before the Grishamania subsided, there were 10 films based on his work, including The Firm, The Rainmaker, The Client, and The Pelican Brief.

The market for cinematic Grisham dried up a decade ago (the last feature film based on his work, Christmas With The Kranks, opened in theaters in November 2004), but the movie business is cyclical, and it looks like the popular novelist’s time may be coming around again. The Hollywood Reporter says Zac Efron has signed on to produce and star in The Associate, based on Grisham’s 2009 novel of the same name. The synopsis:

“The story follows a Yale Law School grad (Efron) who is blackmailed by a group of criminals. He’s told he must take a job at the world’s largest law firm, where he’ll be spying on their work in a dispute between two powerful defense contractors worth billions.”

Efron, who’s 26, has been trying to break free from his image as a High School Musical teeny-bopper with more adult projects like Lee Daniels’ The Paperboy and Ramin Bahrani’s At Any Price (he’ll next be seen in the raunchy comedy Neighbors with Seth Rogen). He’s surely hoping a Grisham adaptation will do for him what it did for several young actors in the ’90s (like Matthew McConaughey in A Time To Kill) and establish him as a bankable leading man.