The Dissolve on… our favorite baseball movies 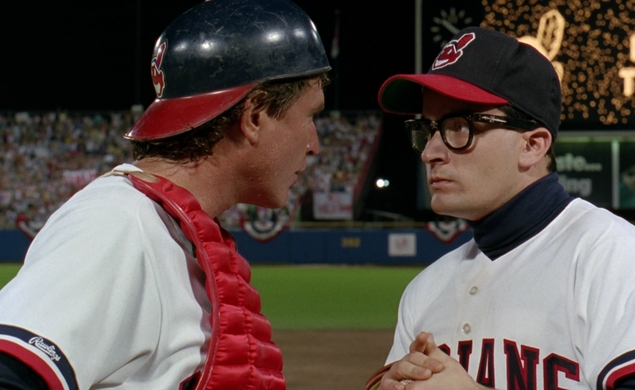 Baseball apparently isn’t the national pastime any more—at least not according to the national TV ratings—but it’s still responsible for some of the best sports films ever made. Baseball movies are about history, America, business, and the inevitable disappointments of a game where even the best hitters fail two-thirds of the time. In honor of opening week of the 2014 season, a Mets fan, a White Sox fan, two Braves fans, and a neutral observer from the Dissolve staff named some of their favorite baseball movies. 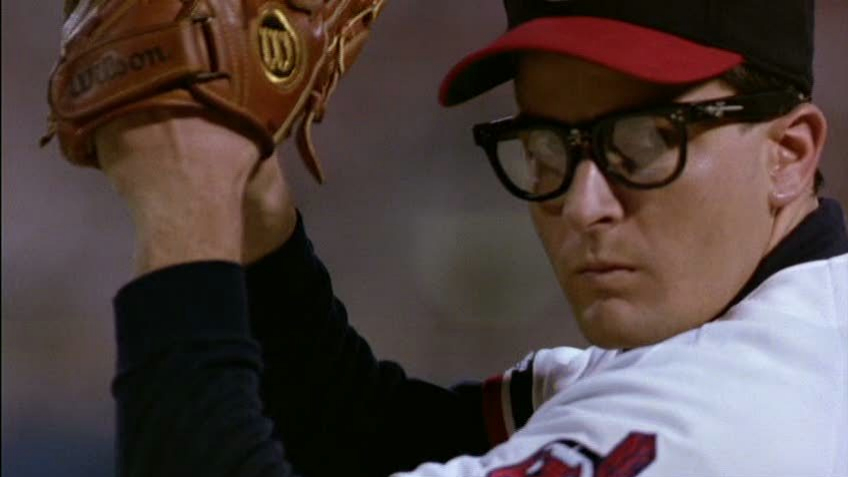 Major League (1989): As a lifelong New York Mets fan, the baseball of Major League is the baseball I recognize: played by underachievers and over-the-hill veterans, run by crotchety managers and incompetent ownership, adored by outsiders, misfits, and weirdos. Even by 1989, its lovable-misfits-make-good storyline was well on its way to becoming a sports-film cliché, but it’s hard to top that cliché’s execution here, thanks to a Hall Of Fame cast (including Charlie Sheen, Tom Berenger, Dennis Haysbert, Wesley Snipes, and Bob Uecker as salty play-by-play man Harry Doyle) and the hilarious, endlessly quotable dialogue of writer-director David S. Ward. (“Juuuuust a bit outside!”) Twenty-five years on, Major League still looks surprisingly fresh—particularly because the poor Indians are still searching for that elusive world championship. This film makes me laugh at the deep hurting of sports fandom, then gives me the happy ending that real life so rarely provides. —Matt Singer 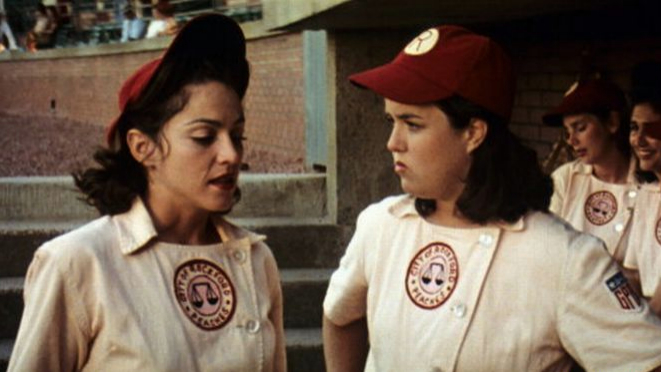 A League Of Their Own (1992): I enjoy the trappings of baseball—the day at the park, the beer and hot dogs, the whole Americana vibe—more than the game itself, so A League Of Their Own is sort of my perfect baseball movie: One where baseball is part of the fabric of the story, but not necessarily the point. Oh sure, A League Of Their Own has plenty of on-the-field action, and even a big climactic game where rival siblings Dottie (Geena Davis) and Kit (Lori Petty) face off. But it’s really a story about sisters, sisterhood, and femininity, in a context that doesn’t exactly pair  naturally with any of those things. The story of the All-American Girls’ Professional Baseball League is a relatively small blip in the history of the sport, but it’s the perfect historical framework to tell a story about women—okay, and Tom Hanks—in a genre that generally has little to no use for them. —Genevieve Koski 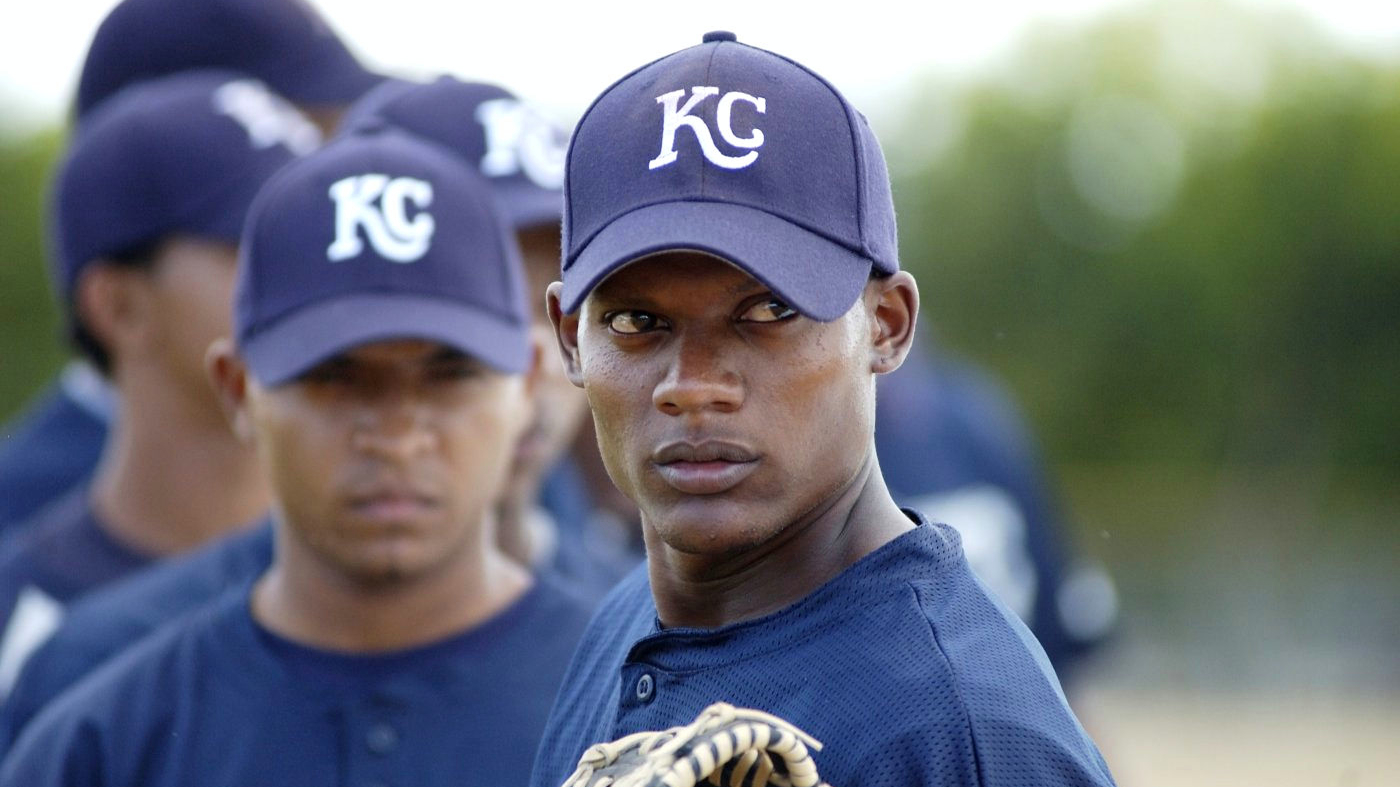 Sugar (2008): American pastime or not, baseball remains a national obsession in the Dominican Republic, which has produced a disproportionate number of great baseball players. Sugar, Ryan Fleck and Anna Boden’s quietly assured follow-up to the much flashier Half Nelson, uses minor-league baseball as a prism to explore the immigrant experience through the eyes of Miguel (Algenis Perez Soto), a broodingly intense young man trying to navigate the culture clash that ensues when he is sent to play ball in the Midwest and lives with a baseball-obsessed family. As with A League Of Their Own, baseball represents the fabric of Sugar, but it’s never the point; after a while, it stops being a baseball movie altogether, and becomes a winningly low-key character study of a man who brushes up hard against the limitations of his remarkable gifts. —Nathan Rabin 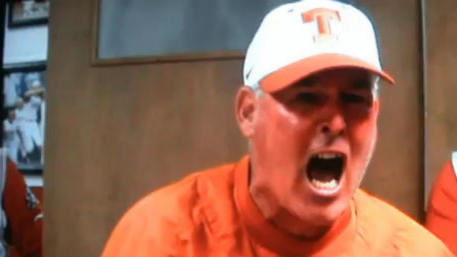 Inning By Inning: A Portrait Of A Coach (2008): Very few people have seen Richard Linklater’s documentary portrait of University Of Texas manager Augie Garrido, the winningest coach in Division 1 NCAA history; it was produced to air on ESPN, but wound up as a small-label DVD that didn’t get much attention, even from Linklater devotees. But fans know Linklater’s connection to baseball is strong—he was an athlete himself, and featured it in Dazed And Confused, his Bad News Bears remake, and his new movie Boyhood—and Inning By Inning is far from the typical ESPN hagiography. Though given to the occasional (though rare and highly effective) profane outburst, Garrido has a wise, thoughtful, philosophical perspective on the game and life that would make him fit right into the Austin meditations of Slacker and Waking Life. His chief insight, that baseball is about coming to terms with failure, should resonate with anyone who cares about the game. —Scott Tobias 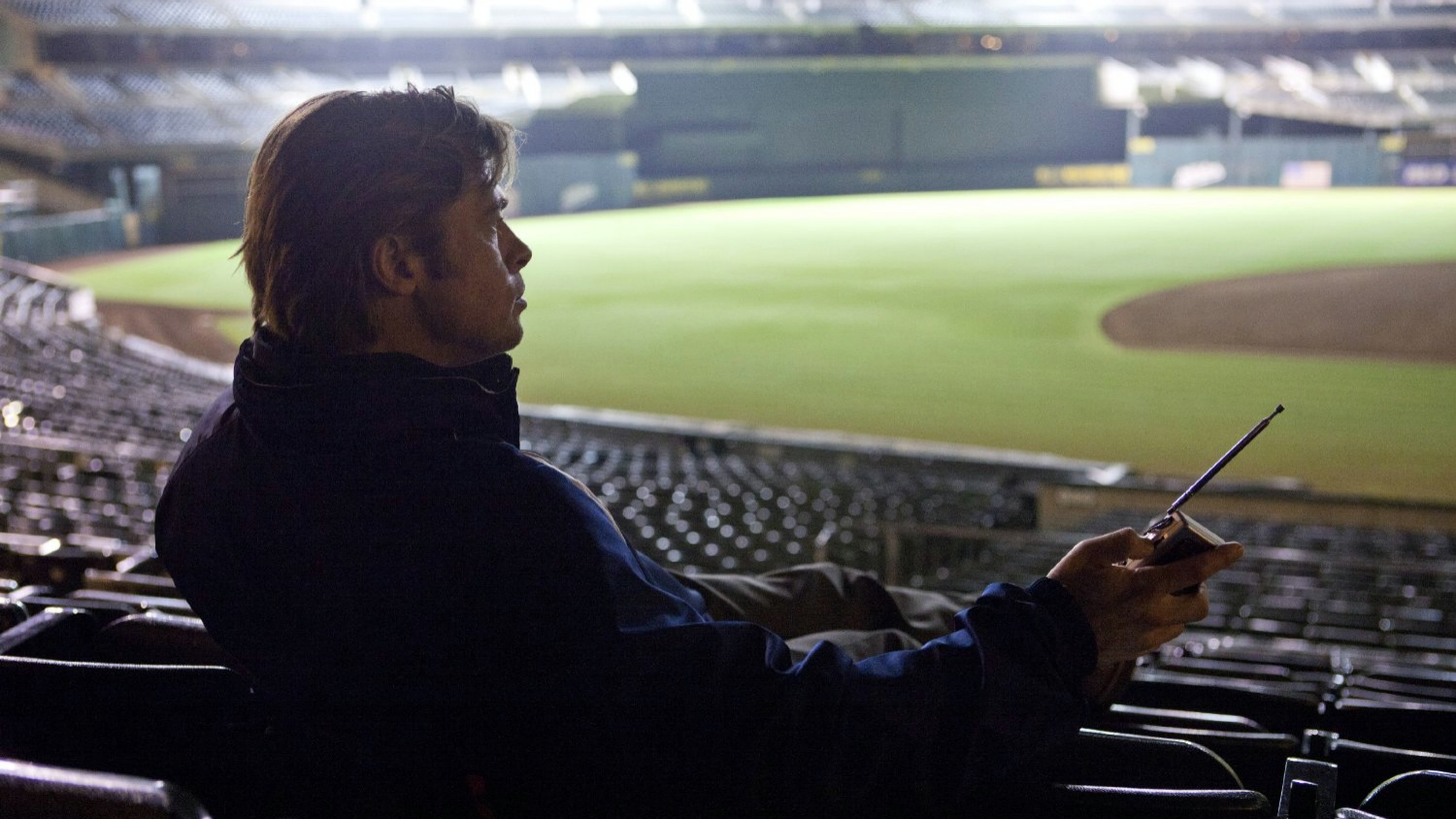 Moneyball (2011): I hesitated to make Moneyball my pick, because it’s kind of become “the baseball movie for people who don’t like baseball”—and I love baseball. But I have to admit that Moneyball reflects the way I watch the game these days, having learned from the sabermetric crowd to appreciate more of the subtleties of hitting, fielding, and assembling a team. And I think Moneyball serves as a rebuke to old-school baseball fans who say an obsession with statistics robs the game of its “human element.” When the Oakland A’s are in the middle of a long winning streak at the end of the film, GM Billy Beane (a cool customer, well-played by the reserved Brad Pitt) knows this is just a statistical anomaly. And yet he can’t help but get caught up in the magic of the moment. That’s baseball, even in the numbers era. —Noel Murray