Op-ed: Watching at home as the new “fear of movies” 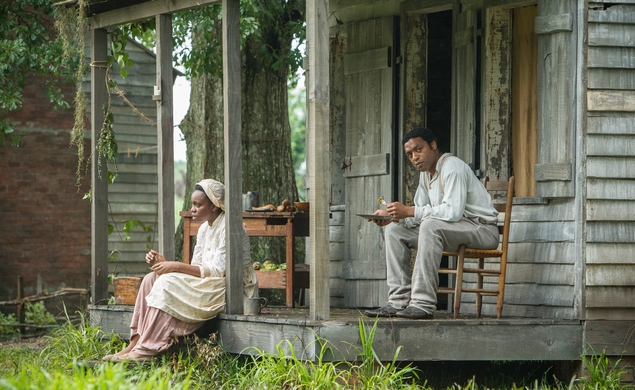 Last week at CinemaCon, National Association Of Theater Owners president and CEO John Fithian mentioned in his keynote address that he didn’t watch the reigning Best Picture winner 12 Years A Slave in a movie theater, because, he said, “the movie was too unequivocally intense to watch in a cinema, so I waited and watched it at home.” That remark irritated more than a few NATO members—along with 20th Century Fox’s head of domestic distribution Chris Aronson, who made a special point in his speech of saying that his company’s movies, 12 Years A Slave included, were meant to be seen in a theater. But I don’t think Fithian’s feelings are all that unusual. Shortly before the Oscars, I was talking to a film buff English professor who was telling me how frustrating it was that he couldn’t convince any of his colleagues to go see 12 Years A Slave. The movie actually did very well at the box office, both in the U.S. and worldwide, but a chunk of its target audience—older filmgoers interested in more serious, artful fare—had a hard time pulling the trigger on buying a ticket, because they were afraid of the violence in 12 Years A Slave, and perhaps even of the emotions in it.

Back in September of 1978, The New Yorker published one of critic Pauline Kael’s most influential pieces: a compendium of shorter reviews, framed by Kael’s concern that the adventurous spirit of American moviegoers of the early 1970s was dying. The essay is called “Fear Of Movies,” and while writing about everything from The Last Waltz to Eyes Of Laura Mars to Convoy, Kael says that her friends had begun to “recoil” when she recommended these movies to them.

“They immediately start talking about how they ‘don’t like’ violence. But as they talk you can see that it’s more than violence they fear… They don’t see why they should subject themselves to experiences that will tie up their guts or give them nightmares. And if that means that they lose out on a Taxi Driver or a Carrie, well, that’s not important to them… They want to remain in control of their feelings, so they’ve been going to the movies that allow them a distance—European films such as Cat And Mouse, novelties like Doña Flor And Her Two Husbands, prefab American films, such as Heaven Can Wait, or American films with an overlay of European refinement, like the hollowly objective Pretty Baby, which was made acceptable by reviewers’ assurances that the forbidden subject is handled with good taste, or the entombed Interiors.”

Leaving aside that several of the movies that Kael knocks are actually very good—and more visceral than she credits them for—the attitude she describes hasn’t faded. I hear it all the time from people who say they don’t go the movies (or watch TV, for that matter) to “feel bad.” That’s hard to argue against. I can only say why I sometimes crave emotionally grueling experiences from my entertainment: Because I like to think it makes me more a empathetic person, and because it helps me appreciate the relatively calm life I lead, while also preparing me in some small way for harder times. But I can’t make someone else want those same things. Besides, I like to have a good time at the movies too—more often than not, I’d say.

I do wonder though about Fithian’s compromise regarding 12 Years A Slave. He acknowledges the greatness of the film, and says that everyone should see it, just maybe at home, where, to quote Kael, they can “remain in control.” And how do they do that? Just the ability to pause a movie at any time helps a viewer feel empowered, and perhaps less anxious. But I also see a lot of people using social media to help maintain that distance Kael mentions. “Livetweeting”—or even just the occasional remark on Twitter or Facebook while watching a movie—is a good way to hold a movie at arm’s length, to make the film itself subordinate to whatever the viewer has to say about it, from moment to moment.

I don’t mean this to be a “you’re watching it wrong” harangue. I used to hate livetweeting so much that I’d automatically unfollow anyone who did it; now I take more of a “live and let live” attitude. (plus I can’t pretend I’ve never fired off a quick tweet in the middle of watching something.) Also, I’ve never been one that feels that the theatrical experience is always essential for everyone. There are lots of reasons other than “intensity” not to see a movie in a theater: Audiences can be distracting; the presentation can be poor; it’s too expensive to get a sitter and pay for tickets; et cetera. Plus, home theaters are getting nicer every year. My set-up isn’t state-of-the-art, but honestly, movies look and sound better on my TV than they do at the closest arthouse cinema (which, incidentally, is about a 40-minute drive away). I probably watch more than half of any given year’s theatrical releases at home, so I’m in no position to slam anyone for choosing the safe space of their living room to watch 12 Years A Slave, even if I disagree with their reasoning.

More than anything, my worry is that “I’ll watch that at home” will inevitably become “Oh, I keep meaning to watch that.” A movie like 12 Years A Slave is great because it’s not a chore—it’s gripping drama, from start to finish—but if watching it entails making sure that the kids are asleep and that you’re caught up on e-mails and that you can stay up until midnight to finish the movie, then yes, it does get easier to keep putting it off. It’s better in those cases to see the movie in a theater, just because it’s time set aside for one activity, with fewer potential distractions.

Plus, I do think that some amount of surrender to a film is at least important, if not vital. Each year when I go to festivals, publicists offer screeners of some of their movies, to make it easier to fit them into a schedule crowded with conflicts. But those same publicists often hold back some films, insisting that critics see them on the big screen. I don’t know whether the Australian horror film The Babadook was offered on screener to any critics at Sundance—I only know that I didn’t get a disc or a link—but that’s a movie that I wouldn’t have wanted to see any other way than cowering in my seat at the Egyptian. I’d say that The Babadook is “too unequivocally intense to watch in a cinema.” But I’d also say that’s the reason to see it in one.