Our next Movie Of The Week: Terrence Malick’s Days Of Heaven 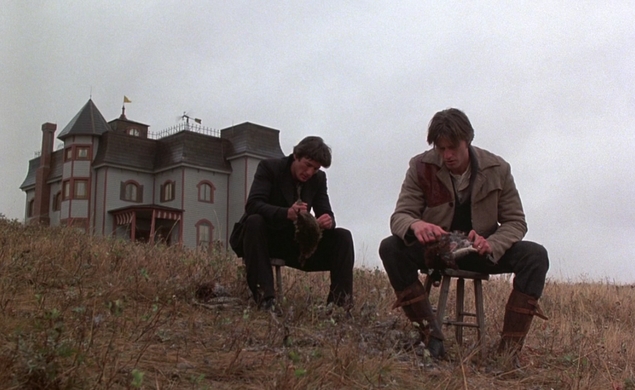 Terrence Malick’s name has become synonymous with films that are beautiful, poetic, and elusive, with a greater emphasis on moods and images than character and story. (Case in point: Malick’s To The Wonder, out this week on DVD and Blu-ray.) But it wasn’t always this way. In the 1970s, when Malick began making feature films, the Harvard-educated former philosophy professor worked through his ideas about God, nature, and humanity’s relationship to both via movies that are much easier to grasp—thanks in large part to their memorable leads and quotable dialogue. Following Malick’s bracing 1973 debut Badlands, critics and cineastes were eager to see what he’d do next, but he made them wait until 1978 for Days Of Heaven, after spending three years in the editing room trying to find the right way to tell his early-20th-century story about a sickly farmer and the two grifters who abuse his hospitality.

Much of what makes all of Malick’s films such a pleasure are the conversations they inspire about what they might mean, and about whether they’ve been made in a way that gets that meaning across, so we’re looking forward to joining you all in a conversation about Malick’s unusual career and how Days Of Heaven fits into it. We’ll start with a Keynote essay on Monday and continue with the staff Forum on Tuesday, in which we’ll dig deeper into how the film evokes the 1910s and uses its characters. And on Wednesday, we have something special planned: A Kevin Lee video-essay about how Malick uses voiceover (and how his approach has changed over the years). Be ready for three straight days of The Dissolve staff philosophizing next to pretty pictures, Malick-style.

And join us for more Movies Of The Week to come:

August 26: Shadow Of A Doubt