Op-ed: On the importance of film critics writing about form 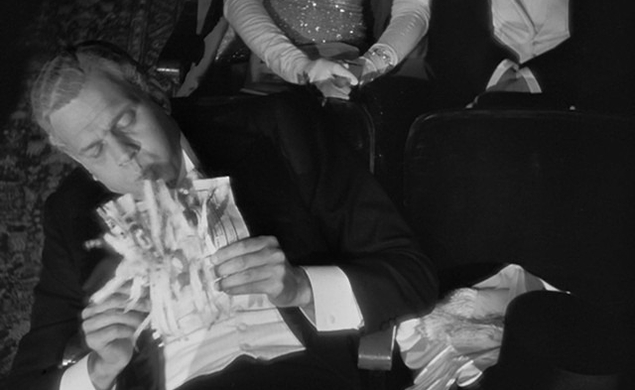 Late on Monday, critic Matt Zoller Seitz posted an essay on RogerEbert.com that got film buffs fired up—mostly in a positive way. Pivoting off an Indiewire “Criticwire Survey” (itself inspired by a controversial Daily Beast essay about the state of music criticism), Seitz urged film and television critics to start paying more  attention to form. He wrote:

“Movies and television are visual art forms, and aural art forms. They are not just about plot, characterization, and theme. Analytical writing about movies and TV should incorporate some discussion of the means by which the plot is advanced, the characters developed, the themes explored. It should devote some space, some small bit of the word count, to the compositions, the cutting, the music, the decor, the lighting, the overall rhythm and mood of the piece. Otherwise it’s all just book reports or political op-eds that happen to be about film and TV. It’s literary criticism about visual media. It’s only achieving half of its potential, if that. And it’s doing nothing to help a viewer understand how a work evokes particular feelings in them as they watch it.”

I’ve never met Seitz in person, but I’ve been an admirer of his work for a long time. (His Wes Anderson book is a marvel: personal, insightful, and beautifully designed.) I admire this piece a lot too, although I’m of two minds about it.

I share Seitz’s frustrations with the lack of attention to aesthetics in a lot of film and television criticism. I’m particularly bothered by the proliferation of thinkpieces that dismiss a movie or a TV show because it affronts the writer’s politics, or because a character or narrative decision doesn’t go the way the writer wanted. These kinds of pieces have value, don’t get me wrong. They can reveal troubling trends, both in society and in storytelling. But they also tend to treat art as pass/fail, and discount all other qualities if, for example, a movie projects as misogynist to the critic—with little to no consideration given as to how the director constructs scenes to advance that attitude, or if there might be a subversive element to that construction.

Even beyond the rejection of a film or TV show’s “message,” though, I’m annoyed by the pervasive lack of respect for—or even understanding of—what a creator is trying to do. If a critic’s taste doesn’t run toward slower paces, or elliptical narratives, or overt theatricality, that’s fine. But that shouldn’t automatically lead to a presumption that a movie is bad, or a botch. Too often, critics position themselves at an elevated remove from a piece of art, to better scrutinize it for “errors.” I’d like to see more critics stand next to the filmmakers (so to speak), and try to see the movie through their eyes, to gain some fundamental comprehension of their choices, before rejecting or endorsing them. (Seitz’s column, rightfully, is just as concerned with critical raves that don’t consider form as it is with pans.)

Second mind: And yet…

Seitz’s piece doesn’t completely reject a literary approach to film and TV criticism so much as demand a proper balance of formal and literary analysis. Me, I’m not sure there’s any one right way to write about any one particular movie. I’m not talking here about the critic’s usual excuse for not writing about form (described by Seitz as, “The filmmaking was undistinguished, that’s why I didn’t say anything about it”). I’m saying that a film can demonstrate visual mastery and the critic still may find his or her best way into writing about it by talking about the plot, the theme, or the characters. Writing about the images may not fit with the argument the writer wants to make. I’ve read plenty of insightful film and television criticism that didn’t engage with the visual sides of either medium. I want to give critics the same benefit of the doubt I try to give filmmakers.

If a critic never writes about form, I agree with Seitz, that’s a flaw. And I certainly don’t count myself as immune from his scorn. I write about images and editing when I’m struck by them, but sometimes I’m not, and I default to writing about other elements rather than trying harder to find something meaningful to say about the form. I’m not going to make any excuses for that. I’m going to take Seitz’s column as good advice, and try to improve. (Oddly, I found I wrote about the visual side more consistently when I wrote about television, because it’s a medium where visual flourishes are rare and thus more obvious, and because I had to write about something to fill up weekly episodic reviews.)

At the same time, I hesitate to elevate the directors’, cinematographers’, and editors’ contribution to film at the expense of the writers’ or the actors’. Again, I agree with Seitz that we’re in no danger of that happening any time soon, given the overwhelming amount of criticism that focuses on story and character (and then attributes the success and failure of both exclusively to the director). But some of my more image-oriented critic friends are overly dismissive of movies that don’t have a strong style, and to me there’s room in cinema for excellent films that are primarily script-driven, or performance-driven.

Also, there’s a certain ineffability to the best work of some of the more stylish filmmakers. Brian De Palma and Martin Scorsese all design shots that have clear intents that any viewer should be able to grasp. But they  also construct sequences that are more about rhythm and feel, and harder to break down without robbing them of their power. (Not impossible, mind you; just harder.)

Coincidentally, the day after I read Seitz’s piece, I read an essay by Kirk Hamilton complaining that videogame reviewers too often mimic the language of videogame designers, and forget that the casual gamer may have no idea what all that jargon means, or why it matters. I know that Seitz isn’t calling for an uptick in jargon-heavy film and TV reviews. But to me, when Seitz writes about the need for critics to explain to readers how a filmmaker achieves an effect, the words “readers” and “effect” are as important as “explain.” Reviews and essays are pieces of writing meant to engage an audience, which means the quality of the prose matters as much as the quality of the insights and expertise. There’s a formal element to criticism, too, which shouldn’t be overlooked just because the critic isn’t writing about all the “right” things.

All of those caveats aside, in my experience, readers actually like it when a critic points out a shot (or a theme) that they hadn’t noticed. We all experience films in our own individual ways with our own individual interests, and when we talk about movies together—in person or in comment sections—we share what we saw, how it made us feel, and what it made us think about. That fundamental level of communication in criticism, from one person to another, is essential; and a lot of that communication begins, understandably, with each person’s engagement with narrative and character, because movies and television are designed to work on us in that way. For me, the lesson to take away from Seitz’s column is that it’s fine that we’re all so good at thinking and feeling. Now we need to make more of an effort to open our eyes.