Meryl Streep, Jonathan Demme, and Diablo Cody want to team up for Ricky And The Flash 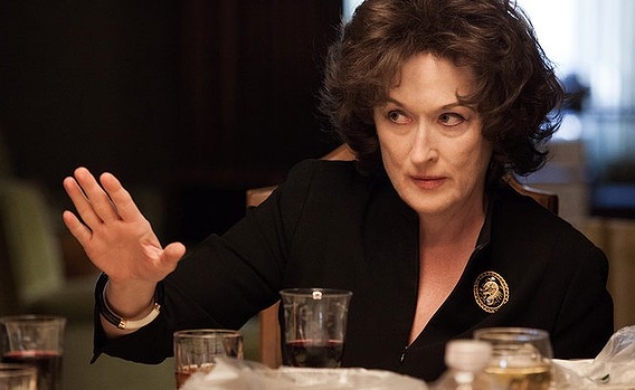 Diablo Cody had major success as a Hollywood screenwriter right out of the gate; her first produced script, Juno, won her an Oscar and grossed more than $230 million worldwide. But Cody’s career since then has been hit-or-miss; her follow-up, Jennifer’s Body, made only $31 million worldwide, and her second project with Juno director Jason Reitman, 2011’s Young Adult, was another creative and commercial disappointment. She’s had better luck on television as the creator of The United States Of Tara, but her feature directorial debut, Paradise, came and went very quietly last year.

Her next project, though, could put her back in the spotlight in a major way. It’s the screenplay for a film called Ricky And The Flash that's currently being shopped around Hollywood as a package that includes director Jonathan Demme and star Meryl Streep. Via TheWrap, here’s the plot description:

“In Ricky And The Flash, Streep would play a woman who abandoned her family when she was younger to find fame and fortune as a rock star. Decades later, she decides to be a mother again to her estranged children, one of whom is going through a rough divorce.”

With the script currently looking for a distributor, Ricky And The Flash is still a ways off. But it’s an intriguing concept that could produce a significant film from the right creative team. And I would say an all-star combination of Demme, Cody, and Streep certainly qualifies.