Our next Movie Of The Week: Drew Goddard’s The Cabin In The Woods 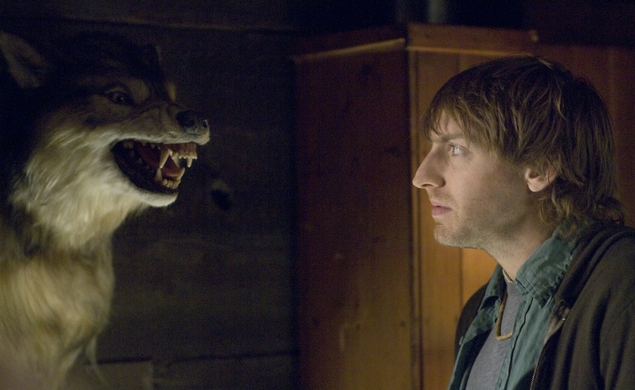 How do you talk about a film made entirely out of twists without blowing them for people who haven’t already seen it? Just saying “This is a film made entirely out of twists” sets up expectations to a degree that may ruin the experience. So it went with Lionsgate, which picked up Drew Goddard and Joss Whedon’s horror-comedy The Cabin In The Woods and released it in 2012, two years after it was made and then shelved when its original owner, MGM, declared bankruptcy. Somehow, Goddard, Whedon, and the cast and crew kept the film’s plot under wraps long enough to make sure it still had surprise and shock value when it finally hit theaters, but while ruining the secrets would have ruined the film, Lionsgate had a hard time marketing a movie without revealing what viewers were actually going to see.

Cabin plays on horror-film tropes, and it’s most likely to be satisfying to people who’ve seen a fair number of horror films. But selling it as a comedy would have given too much away, while selling it as a horror film would have kept everyone but the genre die-hards out of the theater—and probably disappointed those die-hards when they didn’t get what they expected. Ultimately, Lionsgate compromised with ads that only covered the first layer of the film, and didn’t remotely capture its tone, but did at least hint at something going on besides the usual teen-vacationers-having-sex-and-getting-slashed movie:

Ultimately, though, the message behind Cabin In The Woods’ marketing and word of mouth was this: “Trust us.” Trust Joss Whedon—who, in making the fan-favorite TV series Buffy The Vampire Slayer, Angel, Firefly, and Dollhouse, had built a substantial fan base, willing to follow him to any new project. Trust co-writer and first-time director Drew Goddard, who wrote the similarly secretive Cloverfield and was a Joss Whedon project vet. Trust all the hints that there’s something going on that’s so much fun, people don’t want to ruin the experience for newbies. Trust the veterans who’ve seen it and don’t want to say much more than “I know what it looks like, but that isn’t what it is. I know you hate horror, but really, see this movie.”

If you haven’t seen The Cabin In The Woods, trust us. You should. Then come talk about it with us. For those who already have seen it… We’ll be taking it up next Tuesday as our Movie Of The Week. My Keynote will get into how the film uses stereotypes to move the story along, like any good horror film, but also to keep viewers surprised and off-kilter. Our group Forum on Wednesday will get into the film’s humor, horror, and what-should-we-make-of-that? ending. And on Thursday, Scott Tobias will wrap things up with a look at horror in the age of mechanized death. Trust us. Join in.