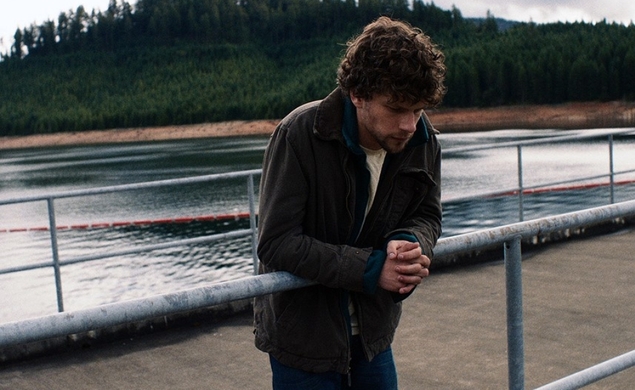 Apparently not done with capering after last summer’s surprise hit Now You See Me, Jesse Eisenberg will next appear in Kelly Reichardt’s Night Moves as a staunch environmentalist who along with two fellow-travelers (played by Dakota Fanning and Peter Sarsgaard) plans to blow up a dam. The new film from the director of arthouse favorites Old Joy, Wendy And Lucy, and Meek’s Cutoff played at the Toronto and Venice Film Festivals last fall to mixed response (more on that in a moment), and will be at the Tribeca Film Festival in a few weeks, before opening in Europe and in the U.S. shortly thereafter. The French distributor Ad Vitam has jut released a nice-looking trailer, which I first saw earlier today on /Film. 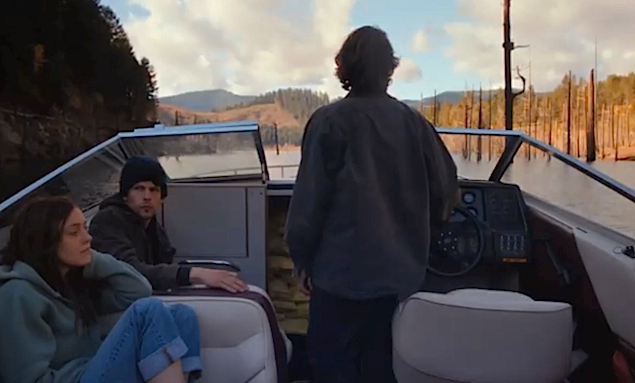 Both Mike D’Angelo and Scott Tobias saw Night Moves at TIFF last fall, and wrote about it for The Dissolve. Mike, a Reichardt fan ordinarily, was not that into the film, writing: “The characters feel like they’re at the mercy of the narrative rather than driving it. … Both Eisenberg and Fanning have deliberately been given little to work with, and neither one succeeds in creating a performance that fills in the gaps. … Shocking events occur, but they carry little weight, because they seem imposed from without.” Scott countered that he found the film “agonizingly suspenseful and thoughtful in the way it shows desperate activists trying to make a difference and crossing the line.” In a few months, we’ll all get a chance to break the tie between them.