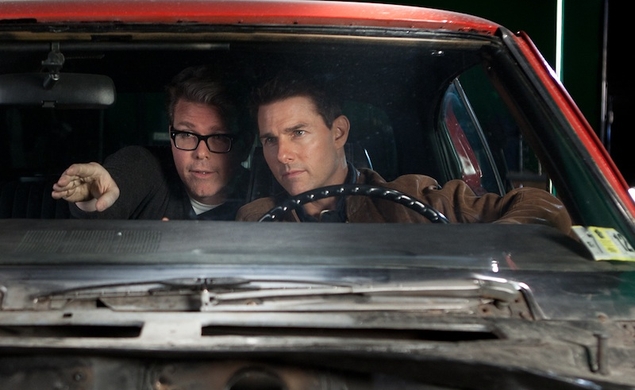 That would certainly suggest McQuarrie had been hired to direct the fifth installment in the popular Mission: Impossible franchise, a fact later confirmed by another tweet, this one from Tom Cruise’s official account:

McQuarrie’s previous directorial effort was last year’s Jack Reacher, a lean detective thriller that also starred Cruise and grossed $216 million worldwide against a $60 million budget. McQuarrie also worked on the screenplays for Cruise’s Valkyrie and the upcoming All You Need Is Kill Edge Of Tomorrow.

The last Mission: Impossible, 2011’s Ghost Protocol, was positioned as a possible passing of the torch from Cruise to new cast member Jeremy Renner, but it became the franchise’s biggest hit to date ($694 million worldwide). Its director, Brad Bird, moved on to Disney’s Tomorrowland, leaving a vacancy that will now be filled by McQuarrie on what will surely be his biggest production to date.