12 Years A Slave writer John Ridley on snubbing Steve McQueen at the Oscars: “I do regret it” 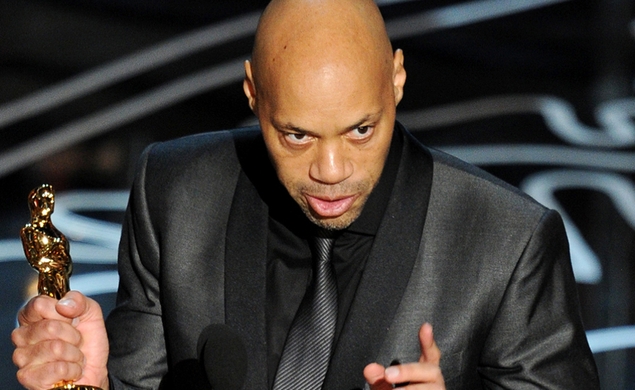 During The Dissolve’s Oscar livechat, when John Ridley won the Best Adapted Screenplay award, I noted, “Ridley walked right past Steve McQueen. No acknowledgment. Hmm.” Tasha replied, “McQueen’s faux-clapping with just his fingertips was also very odd.” We weren’t the only ones to notice that the two main creative forces behind the eventual Best Picture winner, 12 Years A Slave, didn’t seem particularly happy for each other. It was hard to miss that Ridley bypassed McQueen but hugged David O. Russell (with whom Ridley reportedly feuded over their film Three Kings), and that he then pointedly didn’t thank McQueen in his speech. And later in the evening, McQueen chose not to single Ridley out during his own turn at the podium. By the next morning, speculation ran rampant on the reasons for the rift, with the chief rumors being that Ridley refused to share screenwriting credit with McQueen, and McQueen reportedly chastised Ridley’s wife Gayle at the BAFTAs.

Ridley is in Austin, Texas this week, working on the pilot for the potential ABC series American Crime and promoting his Andre Benjamin-starring Jimi Hendrix biopic All Is By My Side at SXSW. While talking with the press about his latest projects, Ridley hasn’t been able to avoid questions about McQueen, and in a couple of interviews posted this past weekend, he’s been contrite and forthcoming, to a point. To Entertainment Weekly’s Karen Valby, Ridley said, “I do regret it,” then added that he did thank McQueen profusely in his speech at the Independent Spirit Awards the day before. To Indiewire’s Anne Thompson, Ridley spilled a little more on the issue of screenwriting credit and the two men’s collaboration, explaining that the Writers Guild of America tied his hands as far as sharing credit with McQueen goes, and that he felt they worked well together, even if they were never buddy-buddy.

It’s worth reading the Thompson piece in full—it’s more in-depth on Ridley’s career and current work. It’d be nice if McQueen would also address the issue of the supposed spat, and put the whole issue to bed, but both men have reputations as strong-willed individualists, and maybe it was never in their nature to be pals. Regardless, they made one terrific movie together.