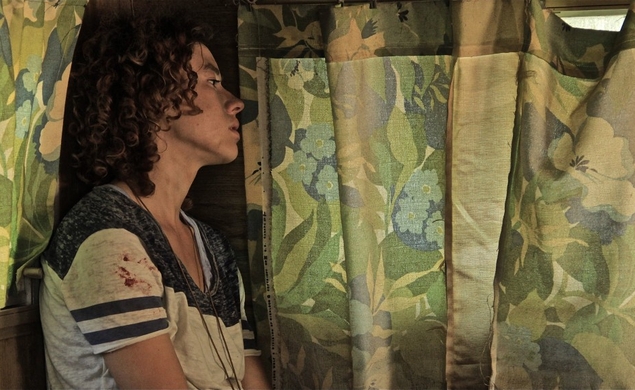 The South By Southwest Film Festival is still in full swing down in Austin, Texas, he wrote as he seethed with jealous rage at the film journalists who were enjoying Texas barbecue and indie films while he sat in Brooklyn as it began to snow yet again. The first distribution deal of the festival was signed by Lionsgate, who snatched up Exists, the new film from Blair Witch Project co-director Eduardo Sánchez. The plot description from the press release:

“In Bigfoot’s bold return to the big screen, five friends on a camping weekend in the remote woods of East Texas struggle to survive against a legendary predator that is stronger, smarter, and more terrifying than anything they would have ever believed exists.”

That Eduardo Sánchez loves those remote woods. Give this guy a camera, some foliage, and a mysterious evil lurking just out of frame, and he is one happy man. Even his segment from V/H/S/2, “A Ride In The Park,” took place in a random, far-off forrest.

He also loves found footage, as Exists apparently returns Sánchez to the form he helped pioneer. I say apparently because there are surprisingly few reviews of Exists published on the Internet at the moment. This one, from The Horn, mentions the found footage technique and calls it “a gem of a horror film,” but that’s about all I found, along with a couple of tweets about the movie (including this one that notes that all its special effects are practical). The film premièred late Friday against several other movies and SXSW’s opening night party, so perhaps people didn’t make it out to the initial screening. Now that it’s been acquired by Lionsgate, we’ll see if more critics check it out.