The Frank trailer pushes a head 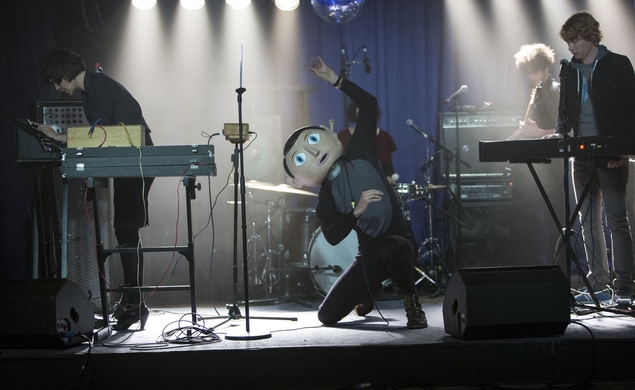 Welsh journalist Jon Ronson writes books that blur the line between fiction and non-fiction, whether he’s lying his way into luxury in the uppercrust exposé Clubbed Class or researching the so-strange-it-feels-fake story of New Age Army tactics in The Men Who Stare At Goats. In the late 1980s, Ronson briefly took a gig as the keyboardist for Frank Sidebottom—the musical persona of comedian Chris Slevey, who performed in an enormous papier-mâché head—and later wrote about the experience. Now Ronson and screenwriter Peter Straughan have turned a heavily fictionalized version of the Frank Sidebottom encounter into the film Frank, directed by Lenny Abrahamson and starring Domnhall Gleeson as “Jon” and a masked Michael Fassbender as “Frank.” A musical comedy about art, hype, and mental illness. Frank wowed audiences at Sundance, and is about to screen at SXSW (where part of the film takes place). 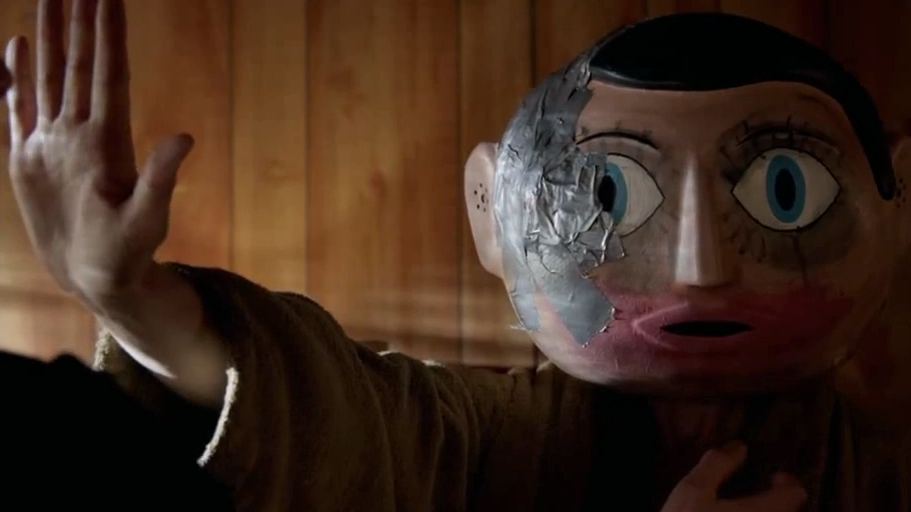 I saw Frank at Sundance, and while I feel like it spins its wheels a bit in the second half, I found the first half hysterically funny, and thought Abrahamson, Ronson, and Straughan did a magnificent job of transforming Ronson’s anecdotes from 25 years ago into a scenario relevant to 2014. I also admired the boldness of the film’s message, which seems to imply that art is not for everyone. Plus, the movie ends with one of the most powerfully emotional final scenes that I can recall from recent years. Frank is a film that’s going to be beloved by many (though not by all) as it makes its way into theaters this year, and I look forward to seeing it again and talking about it with people once it’s out there.