Feedback: Which actors should start playing against type? 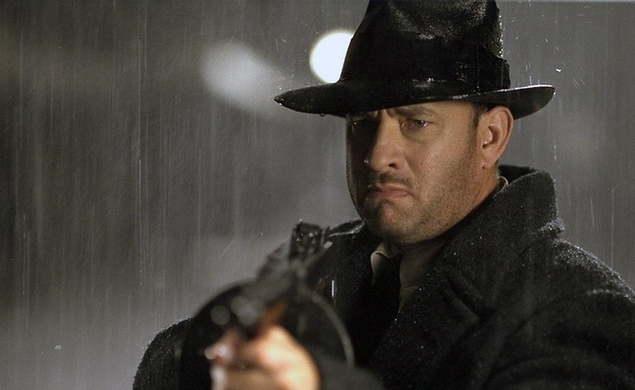 In Wednesday’s “Read On” column, Matt linked to James S. Murphy’s Vanity Fair piece about “The Pitt-Hanks Continuum,” which offers Murphy’s theory of why Leonardo DiCaprio didn’t win an Academy Award on Sunday. Readers picked up on this and took it in some interesting directions, talking about actors’ “types,” and how we come to embrace them—or in some cases get bored with them. Here’s a sampling of some of the conversation:

finneganscake: I still have this weird belief that Tom Hanks is eventually going to go extremely dark for just one role (a Henry Fonda in Once Upon A Time In The West kind of thing) and the Academy is going to eat it up. I don’t know, maybe he's on the record as not being into those kinds of roles, but the thought of Tom Hanks as some sort of sociopathic bad guy is intriguing.

LurkyMcLurkerson: My sense of Fonda is forever skewed because Once Upon A Time In The West is the first thing I ever saw him in. I think it’d take a similar turn from Hanks for me to really get the full impact of that kind of casting against type.

LurkyMcLurkeson: I sort of knew it anyway—it was cited as a famous example of casting against type in a film textbook I read in college years before I saw the movie, so I did at least understand intellectually that the sight of Henry Fonda gunning down an innocent child was supposed to invoke shock. It just didn’t have the emotional power for me it'd have had for anybody raised on his good-guy image. Does lend an interesting flavor to watching his earlier films, though.

Elizabeth Lerner: I remember [Hanks] saying on Wait Wait Don’t Tell Me that Road To Perdition was his dark role.

Avathoir: Road To Perdition basically is him going vigilante. He stars out as a villain but not for long. Tom Hanks needs to play a character that represents absolute evil for him to show us true fear.

Chapman Baxter: Hanks was pretty dark in Punchline, although admittedly only to the extent that his character was a narcissistic prick rather than a serial killer or anything like that. The Ladykillers probably doesn't count because he was playing his villain for laughs, and although he was ostensibly a damned multi-murdering gangster in Road To Perdition, the context of that particular story was his loving and protective relationship with his surviving son.

finneganscake: Yeah, none of those quite capture the darkness I’m imagining. Actually, come to think of it, it’s just really hard to imagine Tom Hanks in a villain-type role that isn’t played for laughs or doesn’t have the kind of downplaying of that role Road To Perdition has. And that’s maybe what’s so intriguing to me… I can’t even picture full-blown evil Tom Hanks in my head, but I know I’d want to see what it looks like.

I want to see that too, finneganscake. When we had our Conversation recently about stand-up comics becoming movie stars, I thought about how good Albert Brooks is as the heavy in Drive, or Steve Martin as a slick villain in The Spanish Prisoner. Although I like Cloud Atlas, I think one of the major problems with that film is that casting the same actors in multiple roles does both the actors and the roles a disservice, because not every one of those stars is suited to all their parts. Hanks, while fine in some segments, seems wildly off-model in the parts where he hsd to play the bad guy, and I think that may be because his villain characters in Cloud Atlas were more broad and buffoonish. I bet he’d do a better job if he were playing a sick son of a bitch that he could commit to. Likable funnymen always do seem to thrive when they turn evil.

You were talking about first impressions… My first impression of Fred MacMurray came from syndicated reruns of the sitcom My Three Sons, where he was positioned as the ideal suburban father, kindly and wise. For most of his career MacMurray played affable sorts, but later on I caught up to Double Indemnity, The Apartment, and The Caine Mutiny, where he got to play characters more mean and weaselly, and it was revelatory to see how he could tweak his nice-guy persona just a little and turn it into something dark. It’s a lesson in how so much of our reaction to other people’s personalities is based on context.

I think it’s easier though for actors to break bad, so to speak. Who needs to lighten up? Wouldn’t we like to see Angelina Jolie do a comedy? Or Brad Pitt get back to comedy, which has always been his strongest suit? Who out there needs to mix things up, in your opinion?