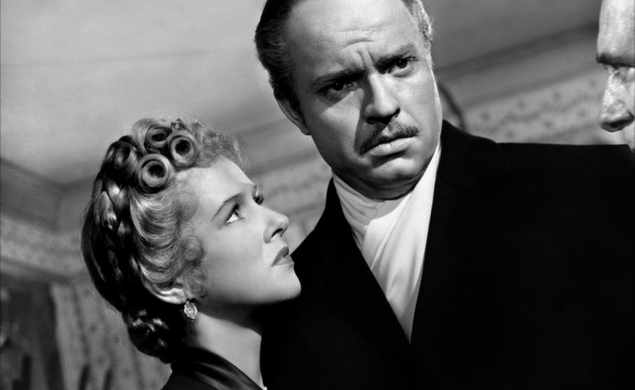 Via The New York Times, here’s a rare piece of movie history you can own, assuming you’re insanely wealthy and don’t mind spending thousands upon thousands of dollars on a stack of yellowed paper. Sotheby’s is auctioning off Orson Welles’ personal copy of an “early script” of Citizen Kane. The rare piece will be up for bidding on March 6; the estimated price is between $25,000 and $33,000. Who wants to chip in with me? I’ll contribute the $45 in my wallet right now.

“Mimeograph typescript of the second draft of the script, mostly on white paper but with a 32 page insert (‘News Digest’) on yellow paper, occasional scattered deletions and markings in pencil and pink crayon to about nine pages, 229 pages, folio, paginated and dated throughout but pages numbered to p.321 (of 325) to match the first draft, with additions on lettered pages (e.g. p.‘98-b’) and cuts shown through the use of pages numbered as sequences (e.g. p. ‘270-291‘), dated 30 April to 9 May 1940, cream cover inscribed twice ‘Mr Welles’ working copy,’ three brass split pins,cover creased, stained, and nearly detached, script lacking final four pages, in a blue collector’s box; together with a modern photocopy of the fourth draft, marked ‘final,’ dated 18 June 1940.”

Who knows what interesting differences exist between the finished film and this early draft. Maybe in this version, “Rosebud” is actually a very rare and extremely valuable flower instead of a sled! It’ll only cost you many thousands of dollars to find out! Or not, given that the script is missing those last four key pages.